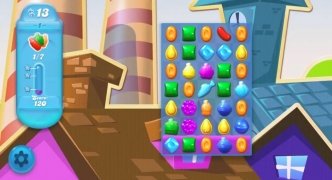 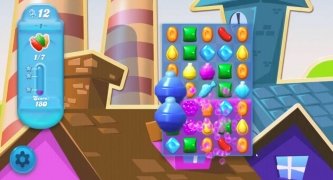 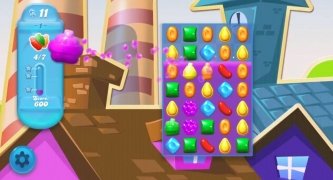 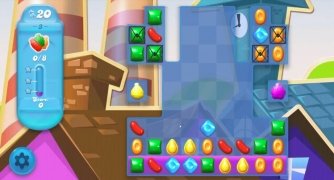 Candy Crush is definitely the most successful match 3 puzzle game around. Before its arrival, games of the likes of Jewel Quest already offered us the possibility to combine 3 or more identical elements on a panel, but this version that started off as a game for Facebook has now also become a hit on Android and iPhone all over the world.

And King didn't have enough with the first version and decided to release more versions of this title... That's the case of the native version of Candy Crush Soda Saga for PC in APPX format with more game modes, purple soda, and gummy bears.

So here's this puzzle game that you already know how to play, don't you? Progress from board to board matching the candies that appear on your screen. You have to combine them in vertical or horizontal lines in groups of three, managing to carry out special combos if you match 4 or 7 at the same time.

Another noteworthy aspect of Candy Crush is that it's presented as an adventure. In other words, we'll accompany characts of the likes of Kimmy in his quest to search for Tiffi, traveling around different worlds through our panels where we'll also meet new characters.

And now that you know, if you haven't got enough with this version, you can always have a go at Candy Crush Jelly Saga...

Candy Crush Saga iPhone 1.226.0.1
Other languages
We use our own and third-party cookies for advertising, session, analytic, and social network purposes. Any action other than blocking them or the express request of the service associated to the cookie in question, involves providing your consent to their use. Check our Privacy Policy.