Pick up the cue and start hitting the white ball around the table in Carom3D. Compete against the best players in the world, by downloading Carom3D for free 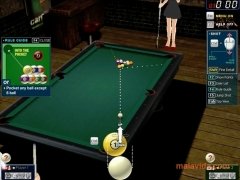 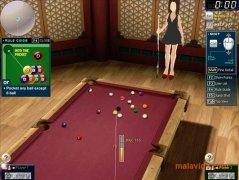 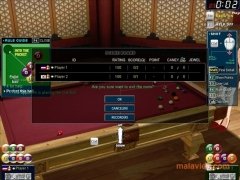 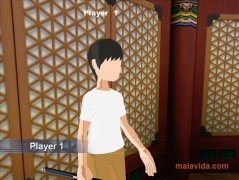 Any decent game arcade and even some cafés and pubs have, at least, one pool table. This game appeared as such in the 16th century, and since then it hasn't stopped spreading. Now, with Carom3D, it won't be at all difficult to practice on our computer.

One of the great advantages of Carom3D is that once we have registered we'll be able to play against opponents from all over the world, being one of the only 3D pool games that allow it. It has very intuitive controls and includes various playing modes from all those that can be played with a cue, including billiards, 8-ball, 9-ball and snooker, among others.

This game has a completely 3D interface, from the tables and the balls to the players and the setting, giving it a more elaborate appearance and making it easier to play.

We'll have full control on our shots, being able to indicate the direction, the impact on the white ball, the strength and even the inclination of the cue, offering us thousands of different shot possibilities that will only be limited by our skill.

Antony Peel
NEOACT Co.,Ltd.
Over a year ago
This year
67 MB

Enjoy playing pool against players from all around the world

Enjoy an exciting game of pool on your PC