Prove the accuracy of your shots in Play89 Pool, an online game. Compete against other users from all over the world once you download Play89 Pool for free 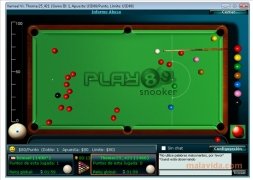 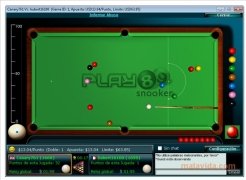 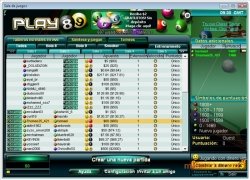 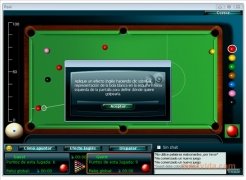 Play89 Pool is an online pool game, that will offer you the chance to take part in worldwide tournaments against players from every corner of the planet, with the option to bet real or virtual money.

Pot balls all over the place

The game has a rather simple graphical interface (much more than any modern-day pool game), so that the games work out to be as fluid as possible, and offers us three different game modes: 8-Ball (where each player has to pot 7 balls, stripes or spots, followed by the black ball), 9-Ball (balls 1 through to 9 that have to be potted in order, or ball 9 has to be potted using a combined shot) and Snooker (British game that is totally different to pool).

The game follows all the rules for each one of the game modes, penalizing those users that commit errors or don't follow the rules in each game.

Once installed and launched, you'll have to access any of the rooms available and challenge an opponent, whether for fun or to make some money.

If you want to play pool against players from all over the world without leaving your house, download Play89 Pool for free.

Enjoy an exciting game of pool on your PC

Online pool and snooker game with 3D effects and graphics