If you like football you download Champions World Class Soccer free, a classic title of the 16-bit consoles that is back to be player on your computer 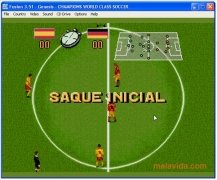 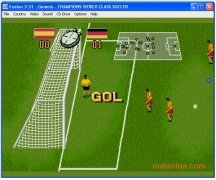 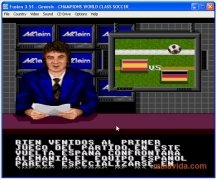 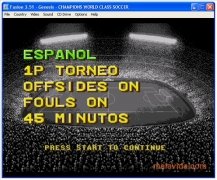 There was a time when the competition to become the best video game console was between Nintendo's SNES and the Sega MegaDrive (also known as Genesis), reaching a point when they actually rivaled with video game arcades, but there were games that didn't have boundaries. One of these games was Champions World Class Soccer, one of the soccer games that made many players spend hours on end playing their game console or in the arcade.

Champions World Class Soccer stood out due to its incredible difficulty, due to the speed of the game and the somewhat strange movement controls that weren't very well implemented, nevertheless, with some time and skill, dominating it wasn't extremely complicated. This still didn't mean that reaching the World Cup Final was at all easy.

The games in that era weren't like those of today: you could pass the ball to your team mates foot or directly off the pitch, the referees made mistakes, and a shot at open goals may not end in a goal. Luckily, a great number of teams from which to choose and the differences between each of them make it a very interesting game.

The graphics will be a great enjoyment for those that love 16-bit games, with players that are pixeled, an isometric view and a series of movements and animations that are limited. A 16-bit game classic!