The objective of Chuzzle is to solve puzzles by destroying the bugs. Try to eliminate as many of them as possible, download Chuzzle to your computer free 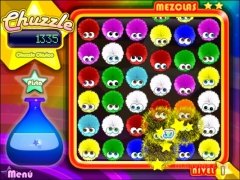 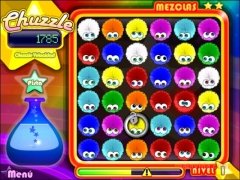 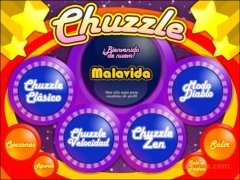 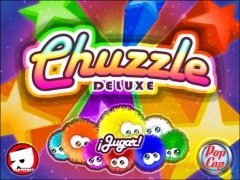 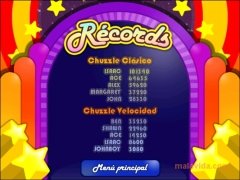 Wipe out a plague of colorful hairy bugs

Chuzzle is a game that will test our skill solving puzzles, because the main objective of this title is to wipe out the maximum amount of Chuzzles (the cute colorful bugs that can be found on each level of this game). The game system is very similar to that of other titles developed and distributed by PopCap Games, like Bejeweled or Peggle.

The graphic aspect stands out due to its simplicity and its color, being a very appealing title both for children as well as for adults. Furthermore, the difficulty level can be adapted so that anyone will be able to enjoy the game.

Discover a really addictive puzzle game with really nice graphics, thanks to Chuzzle.

Its playability is very high, because we'll only need the mouse to control all the game, something that the majority of "Casual Gamers" will surely be grateful for. If we aren't quick enough eliminating the Chuzzles, they will end up blocked, and we won't be able to change their position, thus making it even more difficult to be able to complete a level.