Manage several virtual desktops once you download DeskSpace free to your computer. Place up to a total of six different desktops in a 3D cube with DeskSpace 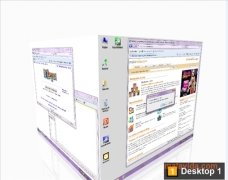 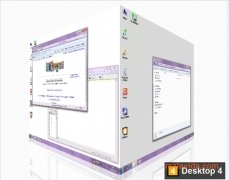 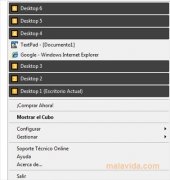 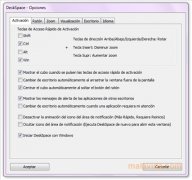 Many of the operating systems that we have nowadays have several desktops, this is a very useful function when we work with many programs or many tasks simultaneously, nevertheless, Windows requires a software application like DeskSpace to have various desktops, but furthermore, this software generates a surprising and useful 3D effect.

Get more space for your windows and shortcuts

Many Windows users looked with envy at the 3D cube that allowed Linux users to change the desktop in many Linux distributions, but now with DeskSpace, they will be able to obtain that same cube and up to six different desktops. Thus, swapping desktops is fast and visually appealing, and the user's productivity will increase thanks to the various work zones.

DeskSpace's configuration utility is really good, allowing us to configure almost any aspect of the program, from the keyboard shortcut that will show the cube and that will change the desktop to the possibility to change the color and the number of desktops that we want to have available.

Moreover, in the system tray, we'll find a very useful icon that will show us all the applications that we have open and on which desktop each one is. A great example of applied usability.