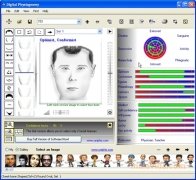 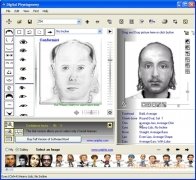 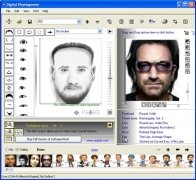 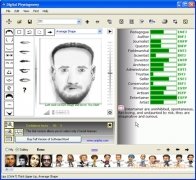 In Europe, in the 19th century, they asserted that a criminal could be detected due to his physiognomy. Without reaching those extents, the truth is that the study of the physiognomy and its relation with personality has always interested human beings, and although it is rather impossible to infer the personality and the character of a person from his face, we will at least be able to get clues as to how the rest of people can actually see this person.

Digital Physiognomy is a tool based on the most recent physiognomy studies, that elaborates reports and personality studies from the physical traits of someone's face that we draw up.

Find out what anyone's face is hiding

The program divides the face in various parts and offers us all the possible variables for each one of them, in such a way that by indicating the parameters we can create an astonishing identikit that is identical to the one drawn up by the police, in a process that can be simplified if we upload a photograph and use it as a model.

There are many professional and work fields in which the first impression is what really counts, and this has a lot to do with physiognomy. What actor can play a specific role better? Which candidate will carry out a commercial position better? What is the first impression that I normally give? These are questions that an application like Digital Physiognomy can help you to answer.