Final Cut Pro X is the best video editor for Mac. It's a professional tool to edit videos with which you'll obtain the most high-quality results possible 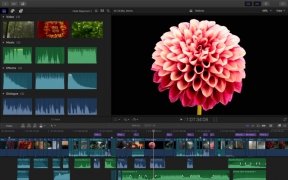 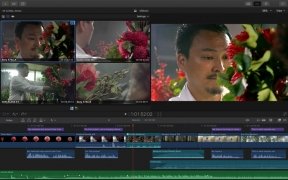 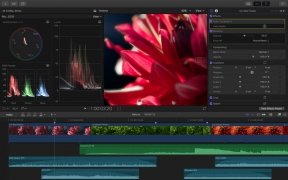 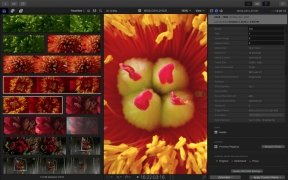 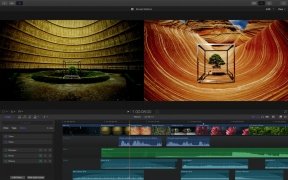 Considered by many as the best video editor for Mac

It's hard to say which is the best video editor of them all because we're talking about complex tools at a professional level, in which each user ends up specializing in certain ones and their yield depends directly on the control of each user. But when it comes to choosing the three or four best video editors for computers, we're sure that there's a name that will appear on all the lists: Final Cut Pro X. Developed by Apple, and only available for Mac, it's one of the most powerful and versatile video editing programs on the market.

A reference for professional video editors

Its users appreciate this software due to its speed when it comes to editing and mounting videos, its wide range of tools, the quality of the final result, and the fact that it's compatible with third-party plug-ins. All these qualities have been boosted by a complete redesign that has optimized the organization of contents on the interface and improved the program's global performance.

Amongst the five best video editors on computer.

It offers us a wide range of complete functions:

Which Final Cut is the best?

There's no doubt that Final Cut 10.3.4 is better than any other version, including Pro 7 (although this one does work on Yosemite). We've already mentioned the redesign that has led it to offer better results thanks to the optimization of workflows and the program's better performance.

You can check it out for yourself by downloading the trial version that you can use 30 days for free, with a few restrictions. If you want to make use of all its functions you'll have to pay its price, over 300 euros, because there's no such thing as a Pro Free option.

However, if you're going to download the program and you're only a beginner, you had better get hold of a tutorial. As you know, this kind of software (as well as Adobe Premiere) can be very complex and can't be mastered without plenty of patience and effort.