5.0.9.5854 Thanks to Format Factory you can now convert any video or audio file to the format that suits your needs the best straight from your Mac OS X computer
8/10 (53 Votes)
Download 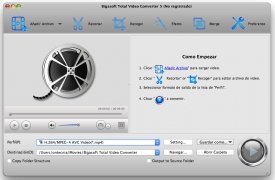 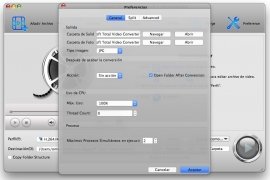 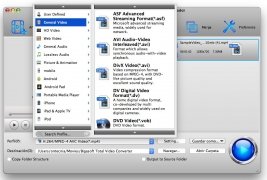 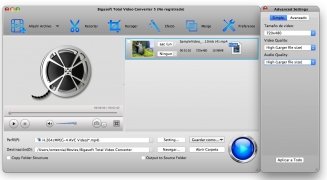 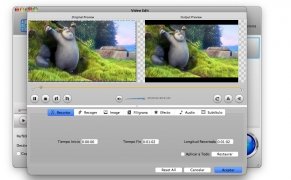 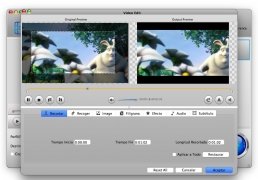 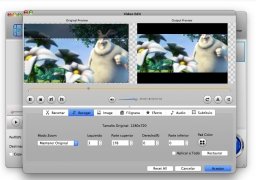 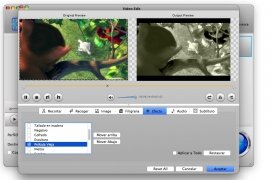 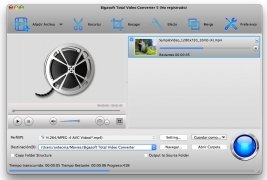 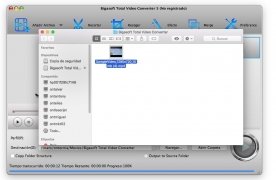 If you're a Mac user you've probably been searching for years for a Format Factory compatible with Apple's computers. The truth is that there isn't an official version of the software developed by Free Time for these devices, but this program we're offering you is the closest thing you're going to find.

Converting videos from a Mac had never been so easy.

It's called Total Video Converter and it has been developed by Bigasoft to offer Mac OS X users (both of Mountain Lion, Mavericks, Yosemite or El Capitan) an application to convert any multimedia file, including videos, audio and images, to another format that adapts better to his needs of weight, size, quality and compatibility with other devices.

What can this multimedia converter do?

The possibilities of this software are almost unlimited and are not only about conversion, but they also include video editing functions with which you can crop, merge, resize or apply effects to your video, viewing the results in real time on a split screen.

In previous versions, you could even download videos from YouTube and other video sites, although this option is no longer available. Having said that, its star function is still conversion and here are the formats available:

Just follow the download link offered to reach the DMG with which you'll be able to install the audio and video converter on your Mac. You'll have to double click the file and then do exactly the same with the PKG installer. In a few minutes, you'll have Bigasoft Total Video Converter ready to start converting your multimedia files to other formats. And all the latter, from a very intuitive user interface.

VLC is considered the best multimedia player for Mac

Format Factory PC 5.12.2.0
Other languages
We use our own and third-party cookies for advertising, session, analytic, and social network purposes. Any action other than blocking them or the express request of the service associated to the cookie in question, involves providing your consent to their use. Check our Privacy Policy.