VLC Media Player is a multimedia player that stands out for being compatible with dozens of formats. For many, it's the best program in its category 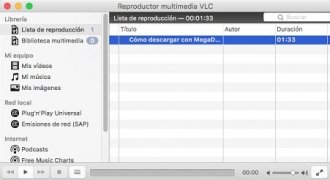 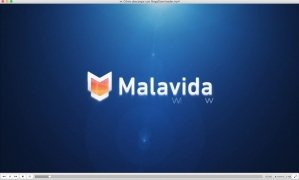 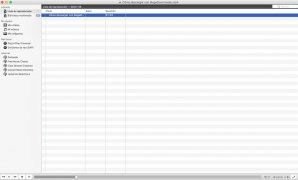 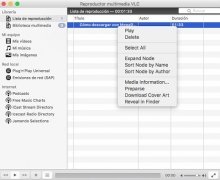 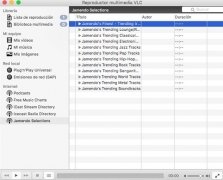 If you ask around about which is the best multimedia player that you can download for free, many people will probably give you the same answer: VLC Media Player. And that shouldn't surprise you as it's capable of playing the majority of multimedia formats available, including the most exotic ones, as well as DVDs, audio CDS, VCDs, streaming protocols...

Furthermore, this player comes along with versions for different platforms and operating systems apart from Mac, as is the case of iPhone, Android or Windows PC and is considered as the most stable and versatile tool of them all. This fact has placed it ahead of other players because it's also capable of playing damaged files, amongst other things.

And it's not only versatile due to its capacity to play videos but also because, although its latest version runs on macOS 10.6 and above, it also offers us other editions that can be used on previous versions such as Leopard, Tiger, Panther, Jaguar, Puma or Cheetah.

Main features of VLC for macOS

Its functions are the broadest we can find in software of this kind:

What formats is VLC capable of playing?

This is one of the most important aspects when it comes to choosing a player, especially if we need to play a rather unusual file format, mainly because the majority of media players can only cope with the same old AVI and MP4 formats:

Customize it your own liking

One of the main advantages of VLC is how sober its design looks. However, you might be into bright colors and high-pitched designs, so you might want to make the most of its function to apply skins. You can find all sorts since it's a successful open-source development and, as usual, it has a huge user community willing to collaborate in its evolution.

Many users also share their own extensions to improve or add functions that by default are missing in this player.

VLC Media Player PC 3.0.17.4
Other languages
We use our own and third-party cookies for advertising, session, analytic, and social network purposes. Any action other than blocking them or the express request of the service associated to the cookie in question, involves providing your consent to their use. Check our Privacy Policy.