Opinions about GBWhatsApp: pros and cons

Using GBWhatsApp has its positive and its negative aspects. We'll offer you the opinions of our editors about the app so you can decide whether it should be your next messaging app 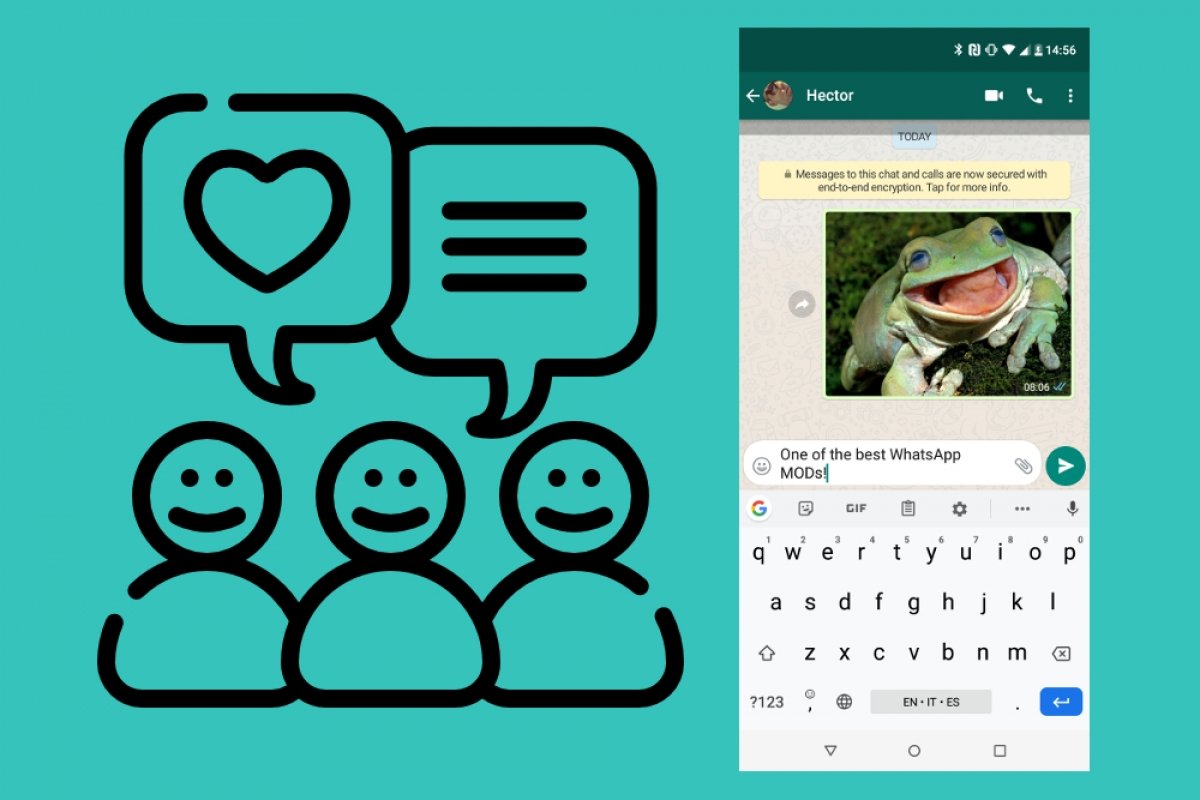 The opinions about using a MOD of the likes of GBWhatsApp are very unalike depending on who we ask: some people prefer to use the official WhatsApp Messenger and not put their communications at stake in the hand of third parties, whilst others don’t mind risking their privacy in exchange of making the most of its great functions. Malavida’s editors have given their opinion about this issue, bearing in mind the MOD’s features:

Using GBWhatsApp has an important advantage that stands out above the rest: being able to use two WhatsApp accounts at once. This allows us, for instance, to separate our professional and private lives without having to carry around two phones. Furthermore, we can improve our privacy which is also very important. However, I personally prefer to use the official versions of all my apps.

Beyond all the tiny tweaks offered by this MOD, I usually use GBWhatsApp to be able to carry around two WhatsApp numbers on the same phone. Therefore, with my dual SIM phone I can forget about having to go around with a personal mobile and a work mobile: I simply associate my number to the official WhatsApp and the company number to GBWhatsApp. Really comfortable because I don’t have to continuously switch sessions to check one app or the other, and it allows me to send and receive messages from two different types of contacts.

One of my favorite MODs due to its stable performance and because I like to change the aspect of the interface every now and again. I am slightly concerned about the fact that an unofficial application can access my messages… although we don’t really know how Facebook and WhatsApp use our information any way.

Using two different phone numbers with two different WhatsApp accounts is highly recommendable, especially for those people that don’t want to mix contacts. However, the risk of getting banned on the service for not using the official client is growing by the day, therefore, I wouldn’t recommend anyone to believe that they can use GBWhatsApp forever. We have to be aware that this app will only work until Facebook decides to kill it.

These are the main advantages of using this app, so you can decide for yourself whether it’s worthwhile using a WhatsApp MOD or you’re better off sticking to the official chat and messaging app:

But there are also a few disadvantages, it couldn’t be perfect: