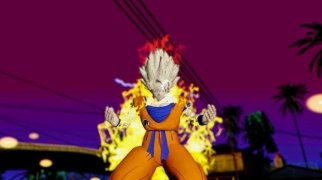 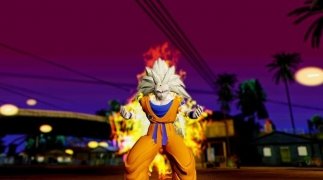 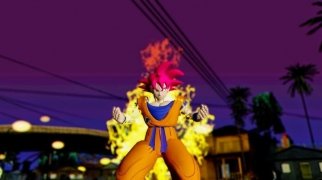 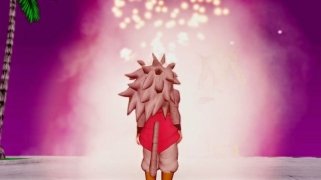 Turn CJ from San Andreas into a Dragon Ball character

You all know what a video game mod is, right? Yes, that piece of software capable of modifying the game and offering different contents such as scenarios, characters, weapons, objects... They're not usually developed officially but many development studios leave a back door open to allow anyone to develop their own and expand the game's possibilities.

Time doesn't seem to go by for GTA San Andreas. It was released over a decade ago and it still has a legion of loyal fans that play on their PC, video consoles of the likes of PlayStation and Xbox, and even mobile devices such as Android and iPhone.

It's precisely the users of PC who can download and install this mod that combines the best of this GTA installment with Akira Toriyama's Dragon Ball anime. We're talking about GTA San Andreas Dragon Ball Transformation Mod with which you'll be able to turn CJ into a character from this series.

The Space Warriors have come to Los Santos.

Therefore, we'll be able to explore the fictional cities of Los Santos, San Fierro, and Las Venturas together with Son Goku and his most popular fighting techniques. We'll be able to use the Kame Hame Ha or the Genkidama with which the Space Warrior defeated Freezer during the series. We can also transform into all levels of Super Saiyajin, including the God level.

Don't expect this modified version of the game to improve the graphics turning them into HD, better weapons or anything similar. It only changes the main character to give this Grand Theft Auto a personal touch. However, before installing, it's recommendable to take certain precautions such as saving your games and other data you don't want to lose in the original game.