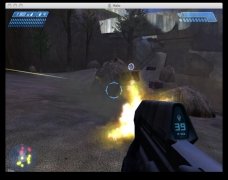 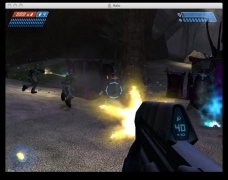 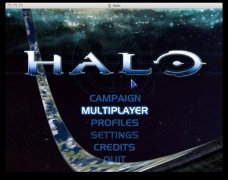 It was 2001 when Microsoft decided to leap into the video game world, by starting to commercialise its Xbox console. This type of launch always comes hand in hand with a game that attracts the public's attention. Halo: Combat Evolved was Microsoft's choice for the occasion.

Fight to save Earth

The first instalment of the Halo saga, also known as Halo 1, established the saga's foundations: a futuristic first-person shooter game in which Humans and Covenants embark on a war of races. You and your kind will have to avoid that the conflict between civilizations destroys the Earth.

In the Mac version of Halo: Combat Evolved you will come across all the elements that have made this game a reference in its genre: shots, explosions, futuristic environment... Have fun with your friends thanks to its multiplayer mode!

Download Halo: Combat Evolved for Mac, choose between the three difficulty levels available and make appropriate use of your weapons and fleet of vehicles to guarantee the survival of mankind.

Halo PC Combat Evolved
Other languages
We use our own and third-party cookies for advertising, session, analytic, and social network purposes. Any action other than blocking them or the express request of the service associated to the cookie in question, involves providing your consent to their use. Check our Privacy Policy.