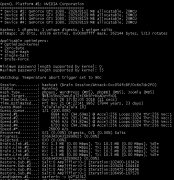 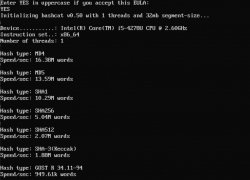 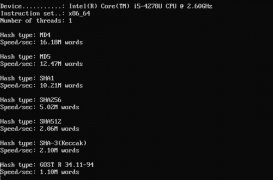 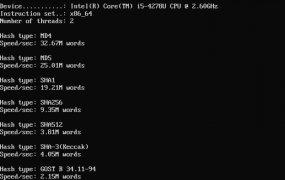 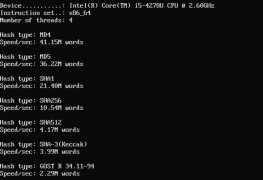 Have you lost your password? Then hashcat is the software you're looking for as it's capable of decrypting passwords quite easily. There's no need to remind you that you should only use this program with your own passwords, is there? Forget about digging other users' passwords...

It's a tool that's capable of obtaining passwords based on their hash, which can be useful when it comes to accessing a file or database that has stored encrypted user credentials. What it does is use a set of plain text words as the base and calculates their hash, comparing the result with another file that stores the hashes with the original passwords: the matches mean recovered passwords.

These are the main features of this software considered as one of the fastest tool to decrypt passwords in the world:

To its huge number of hash calculation algorithms we also have to add its wide range of methods to produce input words, therefore, the final number of combinations is immense. It's the ideal tool to carry out brute-force attacks... but we don't think you're going to use it for that.