Firefox user: Do you see all websites correctly? If the answer is no, you should download IE Tab for free. View webs from Firefox as if in IE with IE Tab 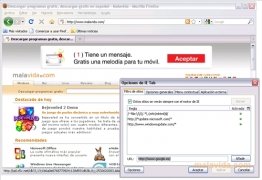 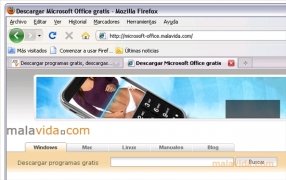 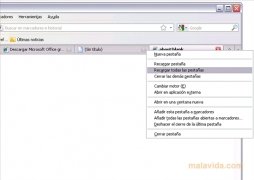 Firefox has become one of the most widely used browsers around the world, mainly due to its great customization features, with many extensions and visual complements in the form of plug-ins.

Still, many web pages that we visit are developed and designed to be viewed with Internet Explorer, which may cause problems when it comes to accessing them from other browsers. This is when a plug-in such as IE Tab can come in handy.

This is an extension that will allow us to open web pages on certain enabled tabs, where they can be viewed exactly the same as they would if we were using Microsoft's browser. The plug-in also has a configuration panel from where we can customize even the slightest function, from the rendering engine behavior to the shortcuts that launch it.

Download IE Tab as soon as possible and you'll no longer need to have several browsers open all the time to be able to view all websites correctly.