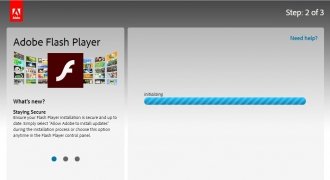 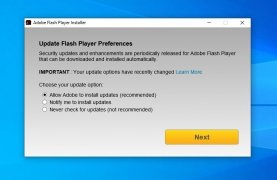 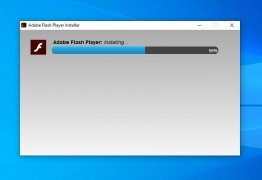 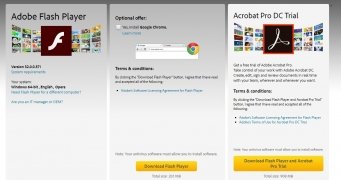 Back in 1996, Macromedia brought out Flash Player, which was later acquired by Adobe. This multimedia player was initially created to show vector animations in two dimensions but ended up becoming the favorite support for developers to create web applications that also included audio, video, and interactive elements. Its main advantage regarding its competitors is that it allowed us to reduce the bandwidth necessary and, therefore, the loading time of all these applications.

The plug-in to play multimedia web contents that was almost a must.

It was an extension that was almost always present on any web browser, as its SWF format also became standard thanks to its mass use in web design. However, SWF and Adobe Flash Player (Chrome, Firefox & Opera) itself are no longer so popular, with plenty of controversy about their security and privacy, the reason for which HTML5 is now the new in-thing. In fact, all major web browsers are killing off support for this format.

This extension available for web browsers like Chrome, Opera or Firefox offered the possibility to play multimedia contents and came along with the following features:

The technology developed by Adobe has helped to boost the multimedia side of the Internet for many years. Sites like YouTube or other video or online gaming webs have taken advantage of this platform to bring their content to any browser.

Nevertheless, over the last few years, several controversies have appeared concerning Flash vulnerabilities and how the latter could be exploited by cybercriminals to gain remote access to a computer. Thus, companies like Mozilla or Google withdrew the support from their browsers (Firefox and Chrome) joining others that had already left Flash to one side.

The arrival of HTML5 seems to have doomed it once and for all, as this web development language integrates tags with codecs in its code to play multimedia elements making it unnecessary to install browser plug-ins.

What is Adobe Flash Player and what is it for
Adobe Flash Player is a virtual machine that runs SWF files. In its beginnings, this technology was developed by Macromedia, however, nowadays, this software is distributed by Adobe. Flash Player is a totally free multi-platform software. Since it has no cost for the user, the use of Flash on the Internet became very popular, becoming an almost indispensable tool for surfing the web. Adobe Flash Player was available, at its peak, for Windows, Mac OS X, Linux, Solaris, Symbian OS, Android, and Pocket PC.

How to enable Adobe Flash Player in Google Chrome
Adobe Flash is a technology in disuse. If we have the latest version of Google Chrome, all those elements developed in Flash included in a website will be blocked by default. It is important not to overlook that such blocking has been imposed for years to provide greater security and avoid the known vulnerabilities of SWF files.

Adobe Flash Player Mac 32.0.0.465
Other languages
We use our own and third-party cookies for advertising, session, analytic, and social network purposes. Any action other than blocking them or the express request of the service associated to the cookie in question, involves providing your consent to their use. Check our Privacy Policy.