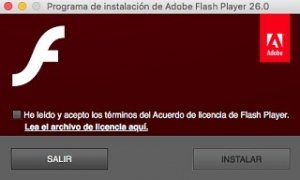 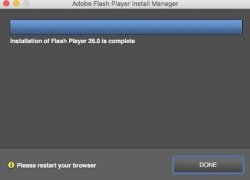 There was a point at which the Flash technology developed by Adobe Systems became a standard on the Internet to be able to play online multimedia content: videos, audio, interactive animations... and although it's true that at present it doesn't seem to be going anywhere due to the presence of the newer and better HTML5 code, capable of integrating multimedia contents into the same code, there are still many pages that use this technology.

That's because this company is still releasing updated versions of Adobe Flash Player, the software you'll need to make your browsing experience as complete as possible, without missing out on anything even if you visit ancient Internet sites. Take into account that Flash Player was especially important when it came to playing multimedia contents such as animations, interactive buttons, Flash games, multimedia editors, chat systems...

Security problems as its most controversial aspect

The gradual abandonment of Flash technology on behalf of developers of web browsers of the likes of Mozilla Firefox and Google Chrome (although it can be enabled from the configuration options) is due to all the vulnerabilities found. Some of these security holes allowed cybercriminals to remotely access computers, so they decided to stop supporting it by default.

Its security problems and the development of HTML5 have left it out of date.

To these major problems, we also have to add the emergence of HTLM5, as this coding language is capable of embedding multimedia elements inside the same code, making it useless to install browser complements.

Nevertheless, we can't deny the importance of the SWF format for the multimedia development of the web. Ever since it first appeared in 1996, and after its subsequent evolution, it has become an interactive resource that's much richer and more useful than what it used to be, allowing the user to take part in interactive experiences. Loads of websites have made use of this technology, even some of the most popular ones in the world, as is the case of YouTube.

This version of Flash Player for Mac guarantees that from Firefox, Safari, Chrome or whatever web browser you use, you'll be able to access any content and enjoy it without compatibility problems. However, don't forget to always update to the latest version (that's applicable to any complement) to be able to avoid security problems and make the most of the latest improvements.

Adobe Flash Player Android 11.1.115.81
Other languages
We use our own and third-party cookies for advertising, session, analytic, and social network purposes. Any action other than blocking them or the express request of the service associated to the cookie in question, involves providing your consent to their use. Check our Privacy Policy.