LaunchBox is a platform with which you can manage all your video games, both the classic ones and the new ones, and both console games and PC games 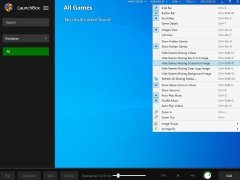 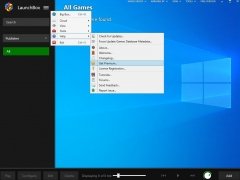 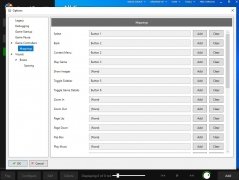 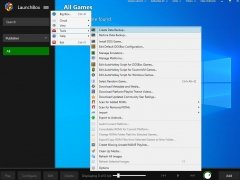 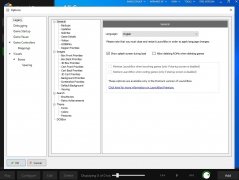 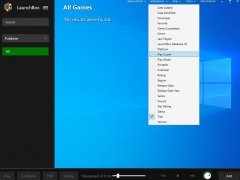 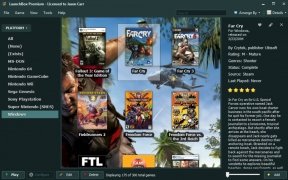 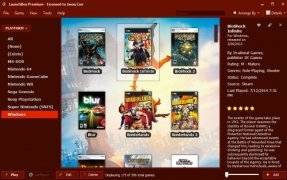 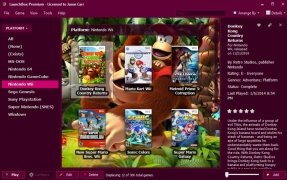 Although LaunchBox begun as a frontend for the emulator DOSBox, now it has gone beyond to become a launcher in which you can run any video game and have a well organized collection at the same time.

A video game launcher to organize your collection

This video game launcher and organizer is designed so that we can have our library perfectly organized and so that it has sufficient information on the titles we cherish as well as the use we make of them.

With its functional interface, the user can organize their games according to different criteria, including old ones or those that belong to emulators, with the possibility of tagging additional information of all kinds. It can be used as the starting point of rounds, since any game can be run through its interface.

These are the main features offered: