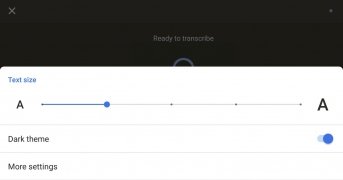 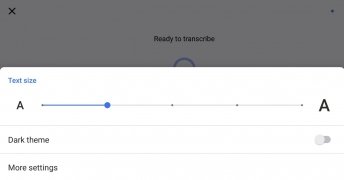 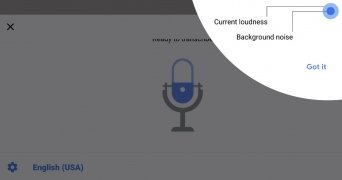 Regardless of how good Android's keyboard gets or the different keyboard apps available for this operating system, it's never going to be quicker than speaking. That's why there are so many speech-to-text apps so that writing a long text message or email isn't such a hard job.

Live Transcribe has been developed by Google using the most advanced speech-to-text technology and AI. It's an app with a high-accuracy standard when it comes to capturing words, compatible with several languages, and that allows us to use that text in other applications such as writing an email in Gmail, a message on WhatsApp or posting something on Facebook.

With a very sober and clear interface just like in the majority of Google's apps, it comes along with all the following functions and features:

Unlike other applications that have been recently released by Google, this app works on the majority of smartphones as it only requires Android 5.0 instead of 9.0.