OpenMandriva lets you make the most of a Linux system with a KDE environment for free. Download OpenMandriva and get hold of the most popular apps on Linux 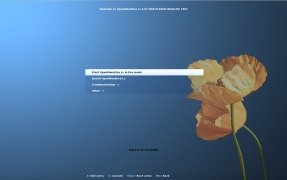 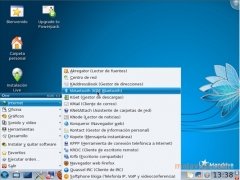 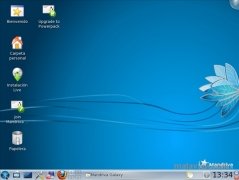 The lack of support that free software developers have had and their capacity to survive is something that the developers of OpenMandriva know very well. This distribution has been available for more than 10 years. Based initially on Red Hat, its first versions (when it was still called Mandrake) included KDE 1.0 and the most interesting applications both for professional as well as private users.

The truth is that OpenMandriva has never set aside any of the two sectors, and it received great notoriety due to the fact that it was one of the first distributions to integrate assistants and try to set aside the user of the terminal to configure things. As it is logical, nowadays this has evolved a lot, as well as the tools that it includes: KDE4, the utilities that it has inherited from Mandrake, a firewall, backup tools, Koffice, Mandriva Smart Desktop, OpenOffice, Firefox, Moovida,... All in all, a group of applications that the majority of users will surely appreciate.

This distribution is one of the most usable, mainly due to the vast amount of developments that it includes, that allow us to both to recognize almost all modern hardware as well as to configure programs and peripherals.