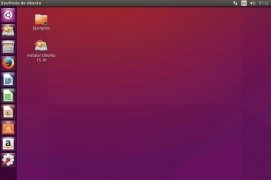 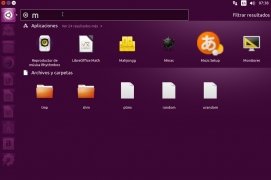 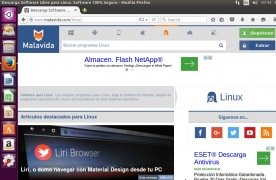 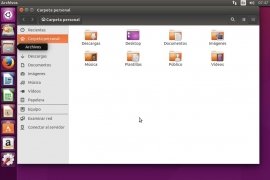 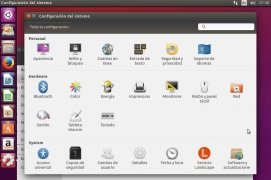 Ubuntu is the most used Linux distribution in the world, an open-source operating system equipped with the most advanced free software of the moment, and optimized so that users can enjoy a comfortable and intuitive experience.

Installed on millions of computers, laptops and servers all around the world.

Its secret weapon is its complete collection of native tools and programs, in other words, applications that are added to the system by default, which include all sorts of web browsers, disc burners, multimedia players, office suites and even online storage services:

Unity continues to be its desktop environment, although it has undergone different modifications, such as the so-called Smart Scopes, that simplify searching straight from the dash.

Welcome to the mobile era

This software includes a previous version of the new SDK for developers that contributes greatly towards the imminent arrival of the version for mobiles and tablets. Many details make us sense that the integration with these devices is evolving well.

The great community of users behind this distro makes it an alternative with a growing presence in corporate and domestic environments. In Ubuntu, you'll find the utilities you were looking for. Download Ubuntu for free!