2004.2021.825.0 Use the Ubuntu terminal easily on your computer running Windows 10 and execute commands. Download Ubuntu and make the most of all the options of Linux
6/10 (14 Votes)
Download 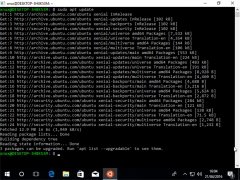 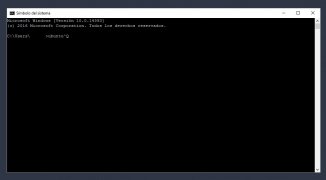 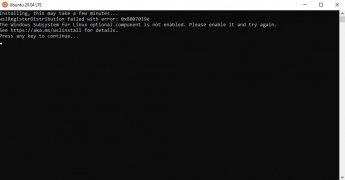 Behind this peculiar name (a South African philosophy about the loyalty of people) we have an operating system based on GNU/Linux. Distributed as free software, it's one of computer scientists' favorite as they can modify its code however they wish. However, it's focused on the average user, trying to encourage its use by means of its ease of use and a stable and fast environment... although if you're used to Windows it might take you some time to get the hang of things. If that's your case and you prefer Windows but you still don't want to give up on Ubuntu, you can now run it without leaving Microsoft's operating system. You only need this tool.

Ubuntu on Windows allows you to use the Ubuntu Terminal and run command line tools including bash, ssh, git, apt, and many more.

How to run Ubuntu on a Windows PC?

To be able to use the Ubuntu Terminal on Windows you'll need to install it on an internal hard drive. To launch it, just write 'ubuntu' in the command line (CMD.exe) or search for the corresponding icon in the Start menu. Then you'll have to go to the option 'Enable or disable Windows features' and choose 'Windows Subsystem for Linux', click on accept, reboot and you'll be ready to use this application without installing anything else.

You'll have all Ubuntu's functions at your reach without leaving Windows, improving your workflow and being able to run tools such as bash, ssh, git, apt, and dpkg, amongst others.