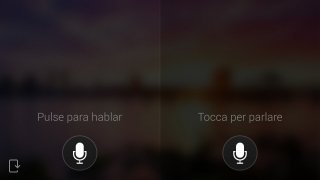 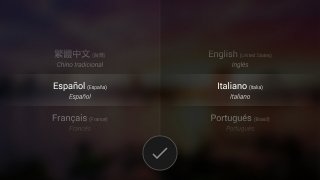 If you don't want to have any language problems when it comes to traveling abroad, the best thing you can do is download a decent translator to your smartphone and possibly one of the best ones out there is the app developed by Microsoft. The guys at Redmond are behind an application capable of translating text or voice very quickly and that allows us to hold conversations and even use it offline.

An efficient translator with an appealing design

The good thing about this Microsoft Translator for Android mobile devices, among many other things, is its great graphical interface. Its design allows us to flick through its options really comfortably while we pay attention to the translations offered by the app. Downloading the APK to your smartphone or tablet will allow you to enjoy the following functions:

This is one of the best translation methods at present and it's used in Bind and programs like Skype.

Microsoft Translator PC 5.6.0.0
Other languages
We use our own and third-party cookies for advertising, session, analytic, and social network purposes. Any action other than blocking them or the express request of the service associated to the cookie in question, involves providing your consent to their use. Check our Privacy Policy.