Microsoft Translator is one of the best translators that you can download to your Windows PC. This application is compatible with more than 60 languages 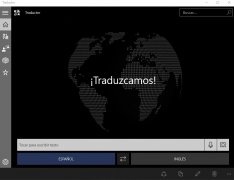 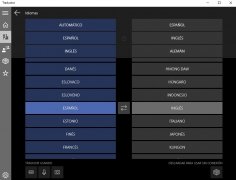 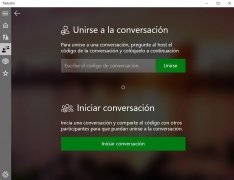 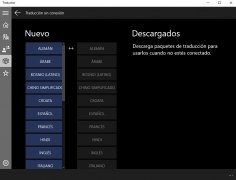 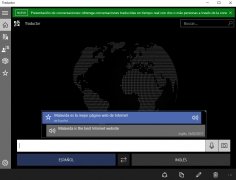 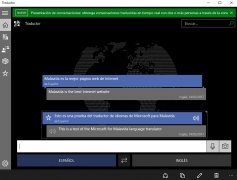 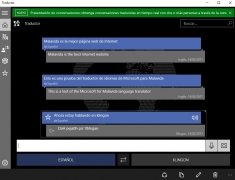 Among all the translation tools we can use on our PC, you've definitely heard of Google Translate. But you probably also know that there's not a standalone version for Windows, but you have to access the online edition via a web browser instead. And although you can configure a shortcut from your desktop, you'll always need an active Internet connection.

One of the best alternatives is definitely Microsoft Translator, the desktop version of the app developed by the guys at Redmond that we already know in APK format for Android, as well as iPhone and iPad. As well as offering us interesting functions, it also offers us certain independence because we can download languages to carry out any translation without requiring an Internet connection.

What languages are available in Microsoft's translator?

Now that you know what it's all about, you'll be interested in knowing how many and which languages it's compatible with. It offers us more than 60 being able to translate between any pair of them. You'll have access to all the common languages such as English, Spanish, German, Italian, Portuguese, French, Chines or Japanese, as well as loads of European languages (Czech, Slovak, Hungarian, Dutch...), co-official languages such as Catalan or Flemish, or even minority and almost unknown languages of the likes of Yucatec Maya, Haitian Creole or Hmong Daw.

The developers have included a little prank with the presence of Klingon (you know, that language from Star Trek), although in that case, we're missing Sith from Star Wards and Elvish from The Lord of the Rings.

An application that will help you to overcome all language barriers.

This tool is very complete and easy-to-use, offer us the following functions and possibilities:

In the war between Microsoft Translator vs Google Translate, there's no clear winner. The truth is that the APIs of one and the other are being used by plenty of applications, with Microsoft's app integrated into services of the likes of Office, Bing, Skype, Internet Explorer, Twitter, Yelp, eBay, and WeChat, among others. Unfortunately, its largest drawback is that it can't be used on Windows 7.

In subsequent updates, we might also be able to translate between classical and dead languages, such as Latin, Ancient Greek, and Sanskrit. A curious function that some people would love just for their personal interest.