Standard 7.1 With English-Spanish Interpreter for Windows you'll have a text processor with an automatic translator to convert any text from English to Spanish
7/10 (1021 Votes)
Download 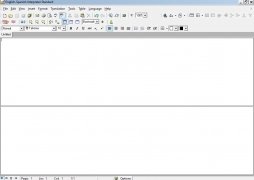 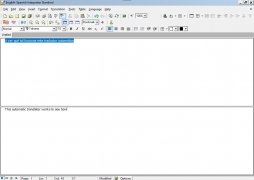 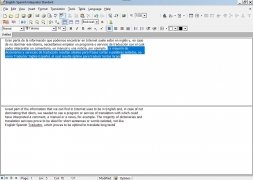 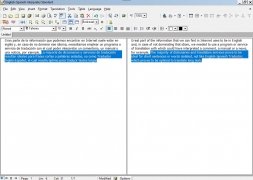 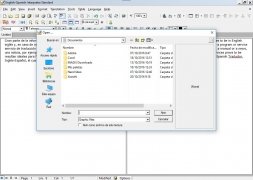 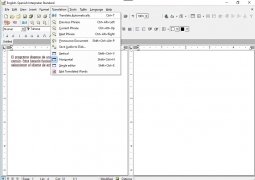 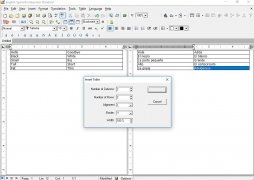 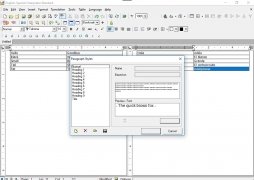 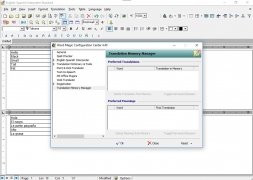 Spanish is becoming more and more important in the daily life of any modern student or worker. Whether to answer an email, check a website or read documentation about almost any topic, we need to have some basic Spanish knowledge as it's the third most used language in the world, with over 500 million native speakers.

But, what happens if we're not good at languages? Well, while you start learning at language school you can get along with a desktop English-Spanish translator as is the case of this English-Spanish Interpreter. You'd never have guessed what it's all about with such a name.

What is English-Spanish Interpreter Standard 4.40 and how does it work?

Well, it's basically a text editor just like Word that you can use to write (or just copy & paste) any text, with its corresponding layout and format, including different font styles, sizes, colors, tables, images, charts, indentations, etc.

The offline alternative to Google Translate.

But it comes along with an additional function to automatically translate from English to Spanish or Spanish to English, depending on the configuration chosen. It runs on a split screen, on one side of the interface we'll have the original text, and on the other, the translated text will appear automatically once we hit the corresponding button or press control+T. And all the latter, without requiring an Internet connection.

The developers of this translation tool, Word Magic Sofware, who are also behind other useful language dictionaries and applications, have discontinued the product so, unfortunately, you won't be able to download it from the official website.

Luckily for you, we've got a copy that you can download and use for your translations. Just click on the download button, wait for it to be completed and proceed to install the software.

The assistant will ask you if you want to carry out a full or custom installation. Choose the complete one as it installs all this program's functions and features. In a few seconds, you'll be pasting or writing texts to be translated. But remember, this is a trial version that can only be used a total of 14 times in 15 days.

Which is the best offline English-Spanish translator?

This question is what many users ask themselves when searching for an alternative to Google Translate that works without an Internet connection. Let's be honest, this program is definitely not the best translator you're going to set your eyes on. Just take a look at the screenshots to see it for yourself.

To tell the truth, we wouldn't recommend its use to anyone other than to translate trivial sentences to pull a girl or guy on Tinder, answer an informal email, understand the lyrics of Julio Iglesias' songs or manage to understand yourself with your Erasmus mate.

If you need to translate an important document, whether a cover letter, your CV or a university project, not even Google's solution is 100% reliable. Automatic translators are absolute trash, so don't forget that there are people out there who have studied a Degree in Translation for a reason.

Google Translate Android 2022.01.27.0.05.428910532
Other languages
We use our own and third-party cookies for advertising, session, analytic, and social network purposes. Any action other than blocking them or the express request of the service associated to the cookie in question, involves providing your consent to their use. Check our Privacy Policy.