Oxford Dictionary of English is one of the main books of reference for the English language. Its app comes along with thousands of updated definitions 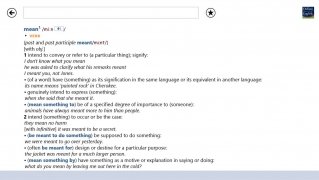 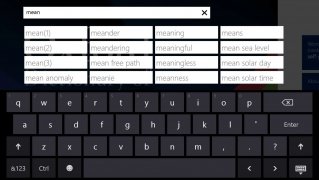 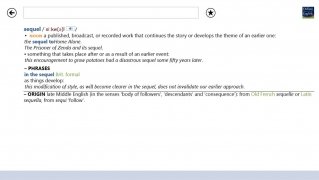 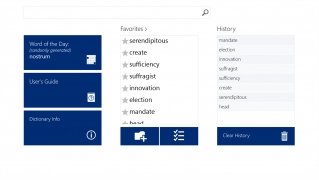 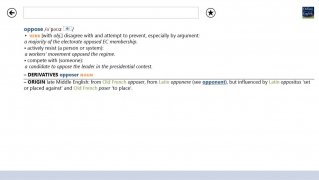 The best English dictionary for Windows

The answer to the question about which is the most spoken language in the world is Chinese. But it's never considered the most important; Spanish is in second place, and English in third. The always reliable Wikipedia, quoting studies by Ethnologue, says that the latter has 372 million speakers around the world.

But despite not being the most spoken language in the world, it's definitely the one that connects the most people. Not for nothing, it's the second language in dozens of countries and the most taught language at schools only behind the official one. In fact, English is usually used as a vehicle of communication between people that speak different languages (between a Spaniard and a Swede, for instance).

This situation is mainly thanks to the inheritance received from the British Empire and the prevailing position of the United States as a global superpower. So if you don't want to be part of an alleged axis of evil made up by bad hombres (Trump dixit), you should start studying it in depth.

And one of the best resources for such purpose is definitely Oxford Dictionary of English, the best English dictionary that you can to download to your Windows PC, and with versions for Android in APK format and iPhone.

However, don't get it mixed up with a vocabulary. You won't find the translation of English words to any other language such as Spanish, French, German or Italian. Here you'll find the formal and academic definition of thousands of words written in English.

The most important book of reference about the English language.

This reference work which is not developed by the language department of the University of Oxford comes along with the following features and functions:

Remember that it's a commercial program. You can go for the free edition of which by downloading its APK on an Android device for instance.