How to get redstone in Minecraft 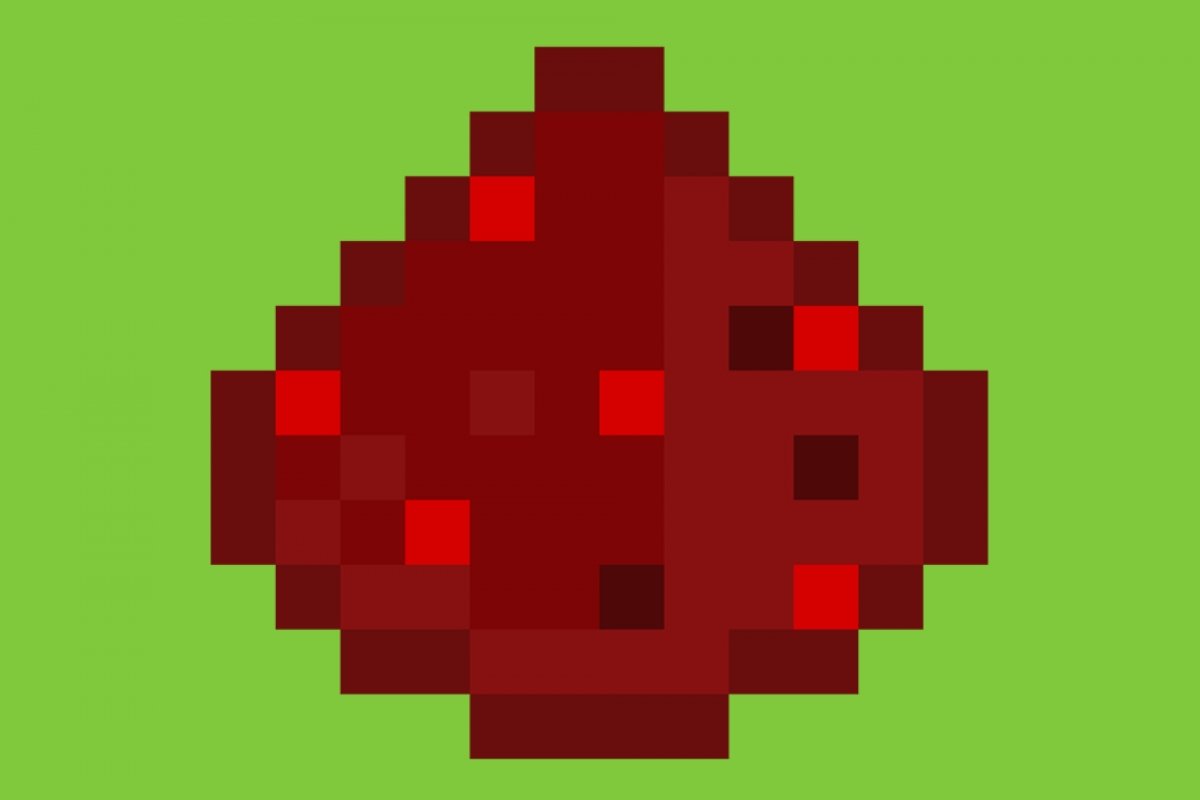 WhatsApp Share Tweet Send
Redstone or redstone dust is one of the materials available in Minecraft, let us tell you all the ways you can add this mineral to your inventory in the Pocket Edition of the game

To obtain redstone or redstone dust (the mineral resulting from ore) there are several methods that we explain below:

Your first option is to search directly in a mine. To start mining, you will need some tools, patience and a lot of exploring desire. 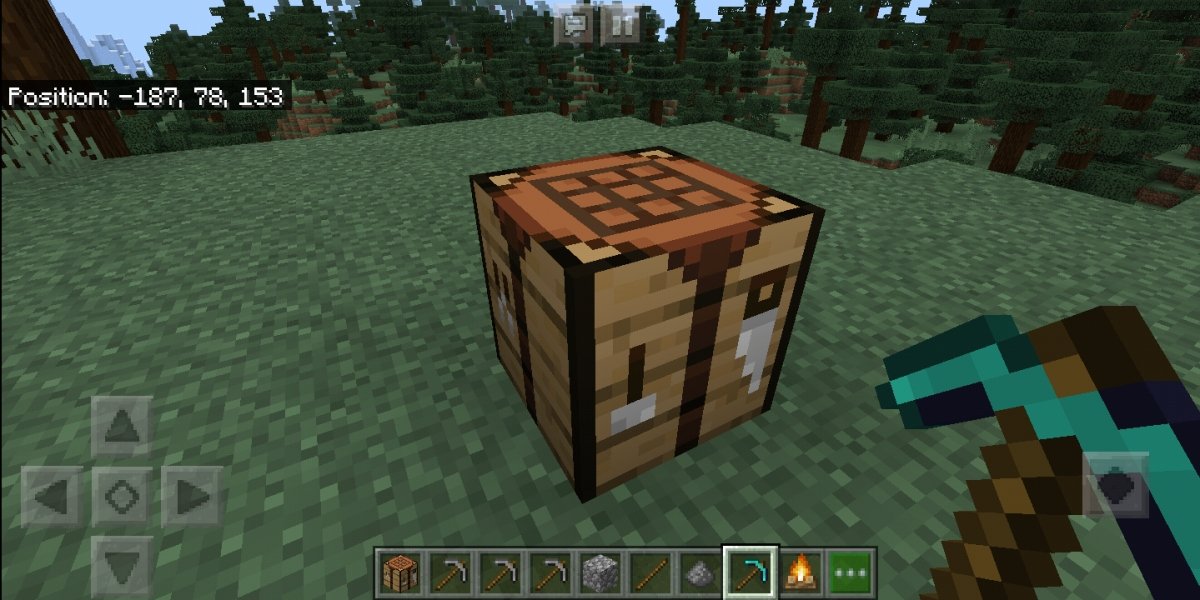 Collect more wood to create a wooden pickaxe. Return to your table: you will need three wooden planks (place them in the top three holes of the crafting grid) and two sticks (place them in the two free vertical boxes in the center of the grid). You can get the wooden sticks from a block of wood (4) or a plank (2). With them, you will manage to make a wooden pickaxe. Tap on it and then on a gap in your inventory to equip it among your things. 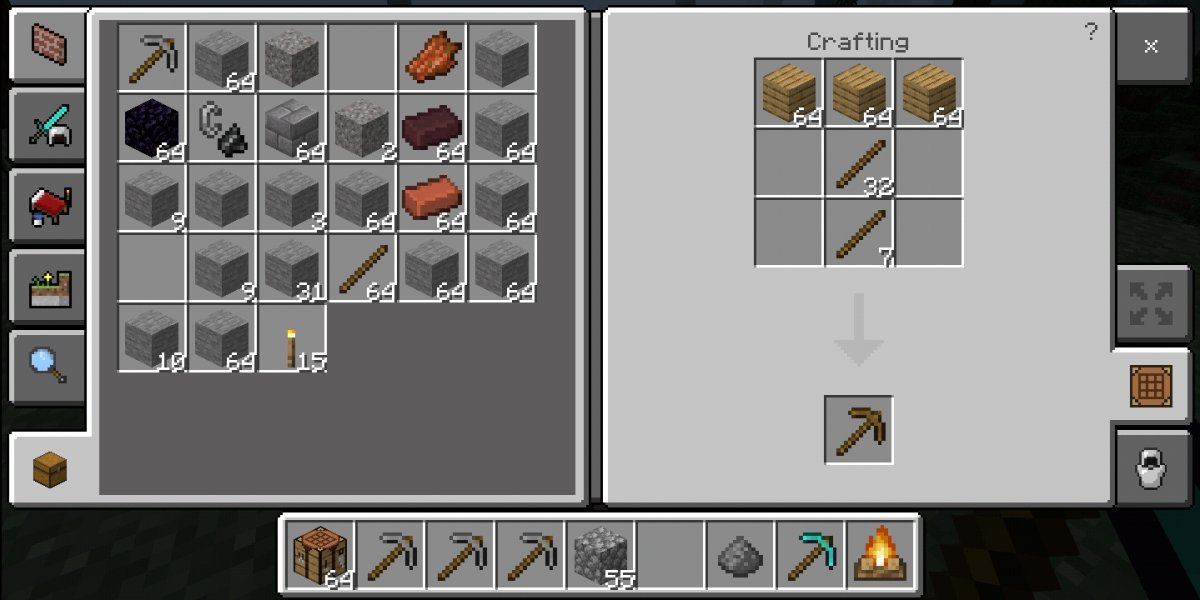 With the wooden pickaxe already in your hand, it is time to improve your mining tools. Start extracting stone, you need 3 blocks of this material to create a stone pickaxe following the instructions of the previous wooden pickaxe. You will also need at least 2 sticks again. When you have everything, put the 3 stone blocks in the 3 upper boxes of the crafting grid and the two sticks in the two central vertical holes that are left free, just like you did before with the wooden pick. Make as many stone pickaxes as you can. 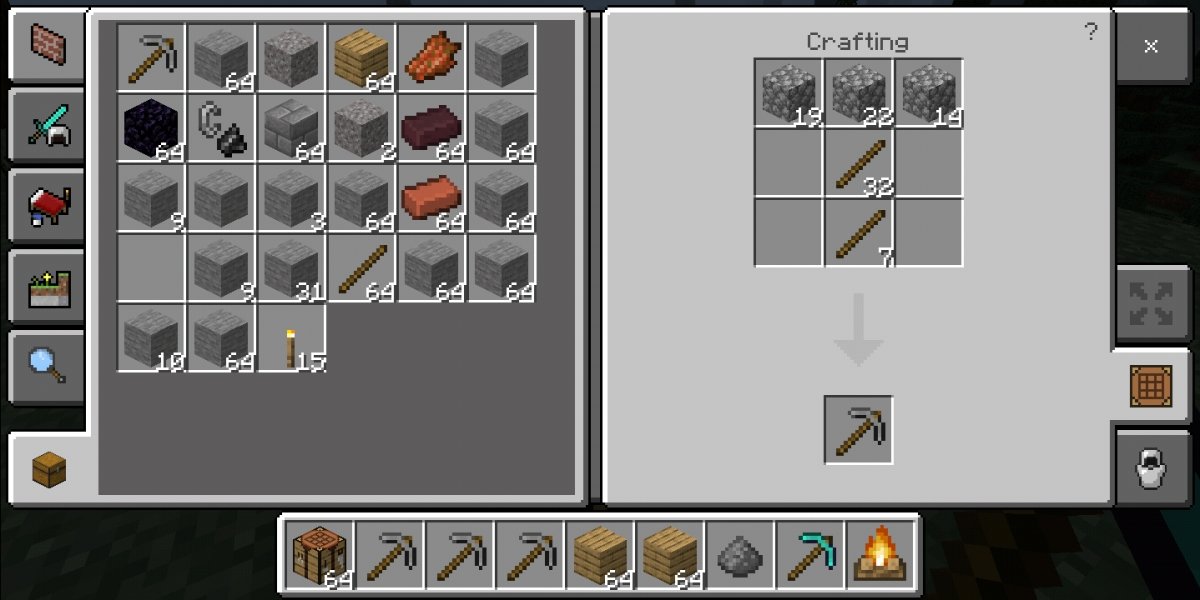 Another very important element is the torches to light up your prospection. To create this type of lighting, you collect wood and create sticks from it, and then, collect coal by mining in your world. When you have sticks and coal stones, go to your inventory (in this case you do not need the 3x3 crafting table) and put both items together to create torches. In the image, you can see the exact recipe. 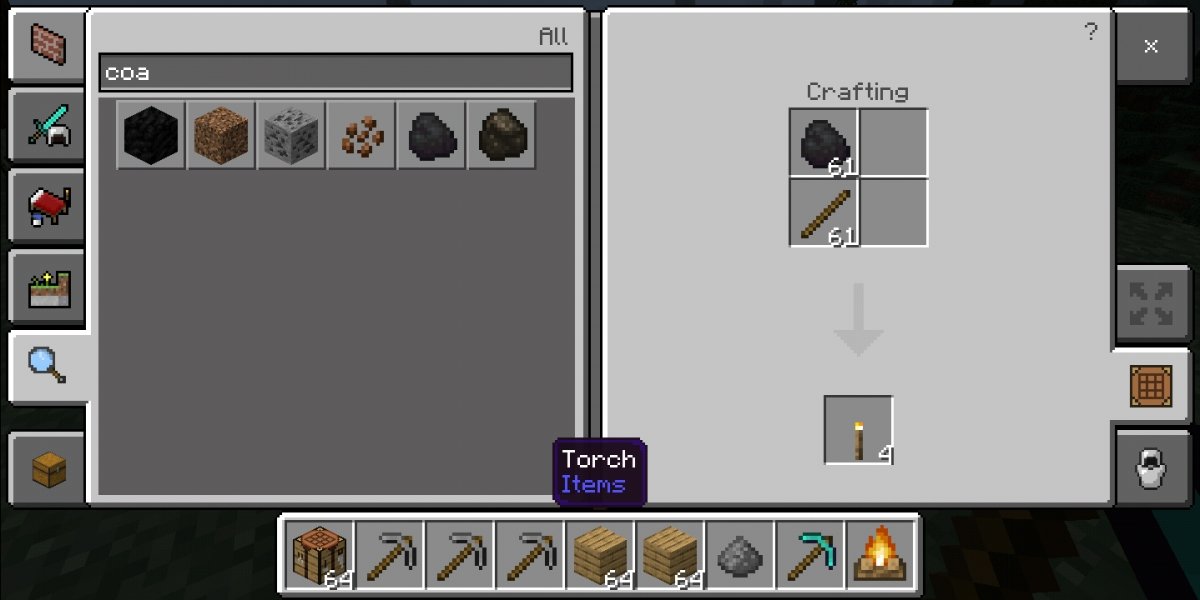 This is the time to start digging. Apply a ladder pattern that lets you move around the cave, for example, by digging two blocks in front of you and one underneath. Go down and repeat the operation until you find the foundation stone. If you have not found anything along the way, it is up to you to create a room at the end of the road to start exploring in more detail. Create a space where you can move, for example, a 5x5x3 space, and start digging a tunnel in the middle of each of the four walls until you can see no more. To go down to the base stone and to move through these new tunnels, you will have to use torches to illuminate the space, otherwise, you could miss the ore. 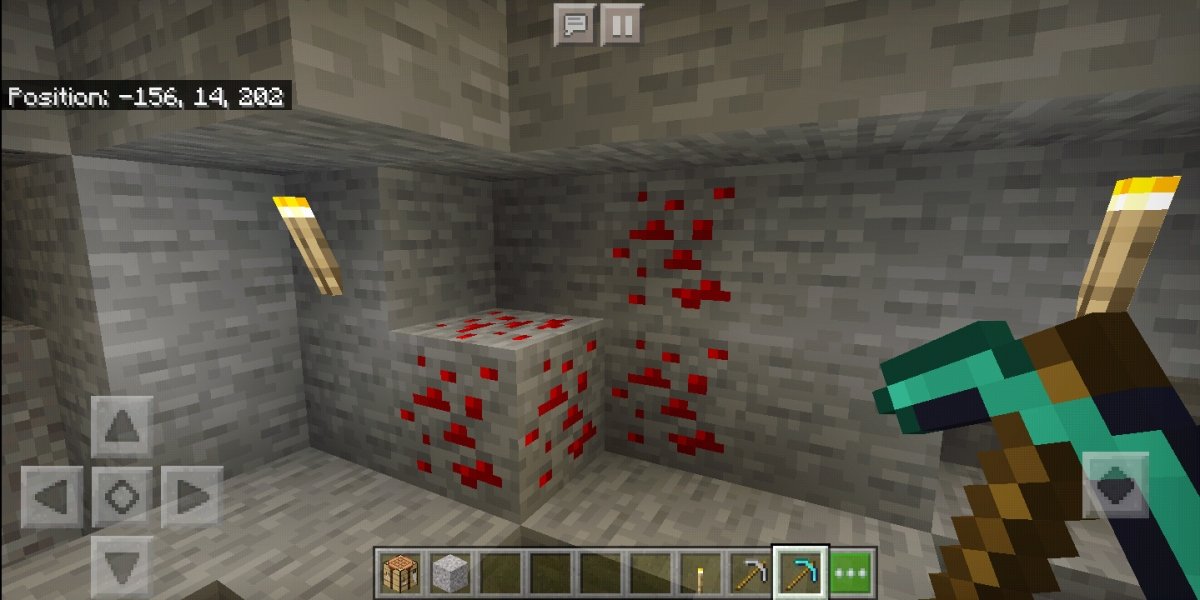 A redstone block or ore

Establish a digging pattern yourself and explore the walls while placing torches until you find the red stone. To extract it, you will need a stone pick or better. You will be able to locate this mineral from the base layer up to the height of layer number 16.

Another option, instead of creating your own cave, is to jump into an already created cave, preferably near the water. The system, in this case, is similar to that of the first method: you will have to mine down to the base stone by putting torches in your path to detect the minerals in the walls and floor. If you have not found anything along the way, you will have to establish a mining pattern and explore the conduits with the help of the lighting to find the stone. Once you locate it, use the iron pickaxe or the diamond pickaxe with silk enchantment to extract the blocks. 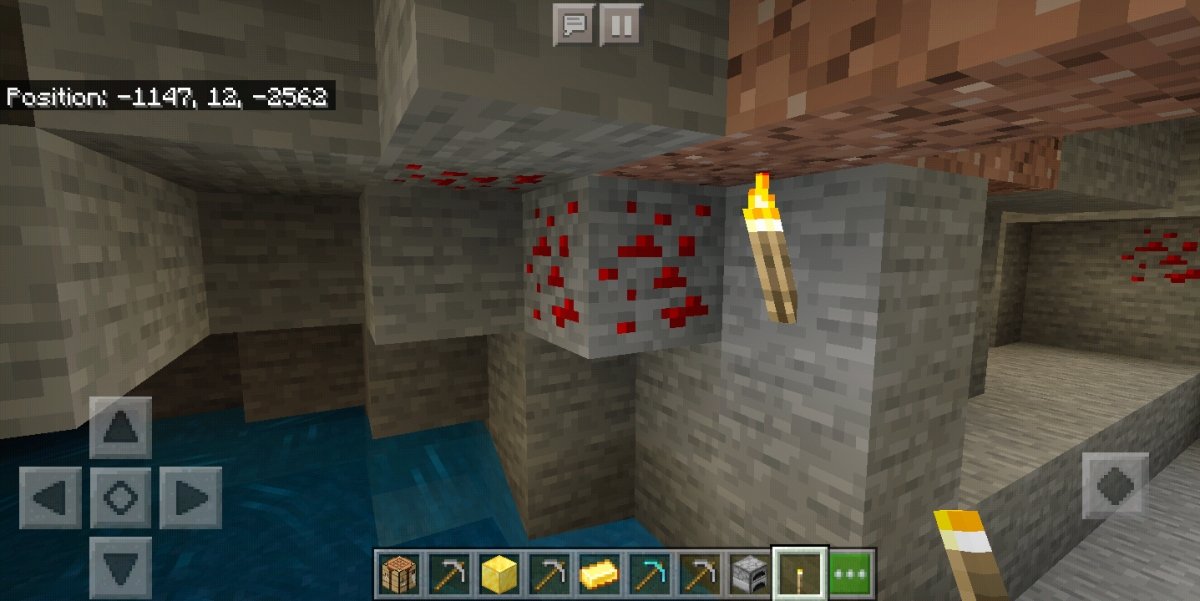 Exchanges are also a good way to get some red stone. Find a village and head to the big tower or nearby where you can meet a priest. They wear purple clothes, allowing you to easily identify them. Interact with him to see what kind of exchanges he offers you. He usually offers you a red stone in exchange for a diamond. Place the diamond in the exchange box and add the red stone to your inventory. 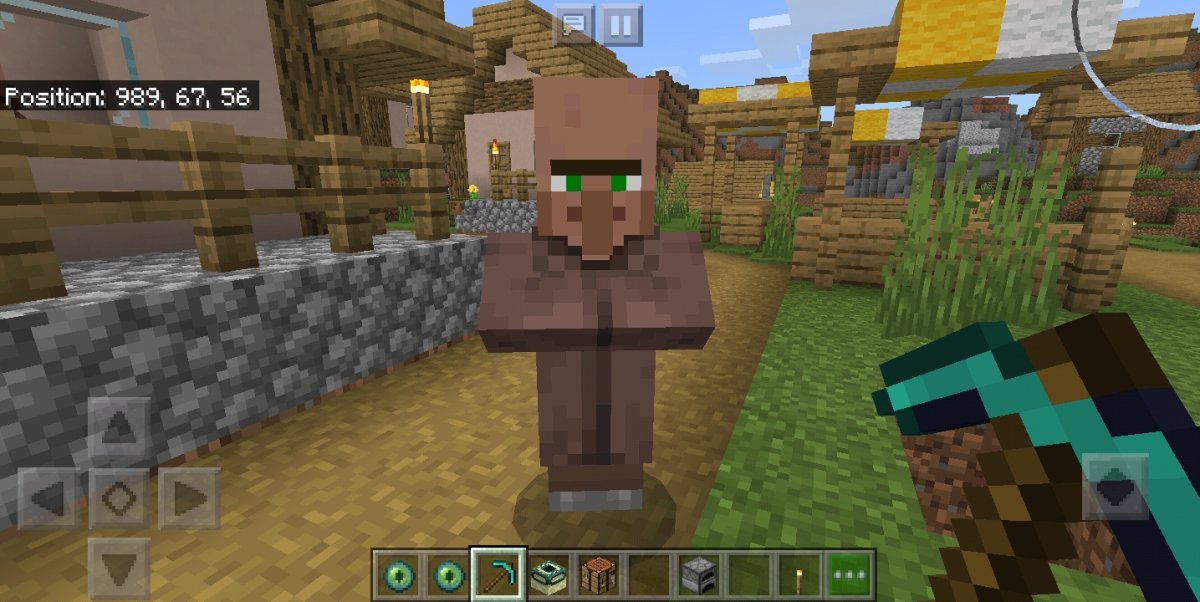 A fourth option for finding this ore is to kill witches. These enemies are found in the swamp biome, specifically in the swamp huts. Enter the hut, kill the witch, and you will get the coveted red stone as your reward. 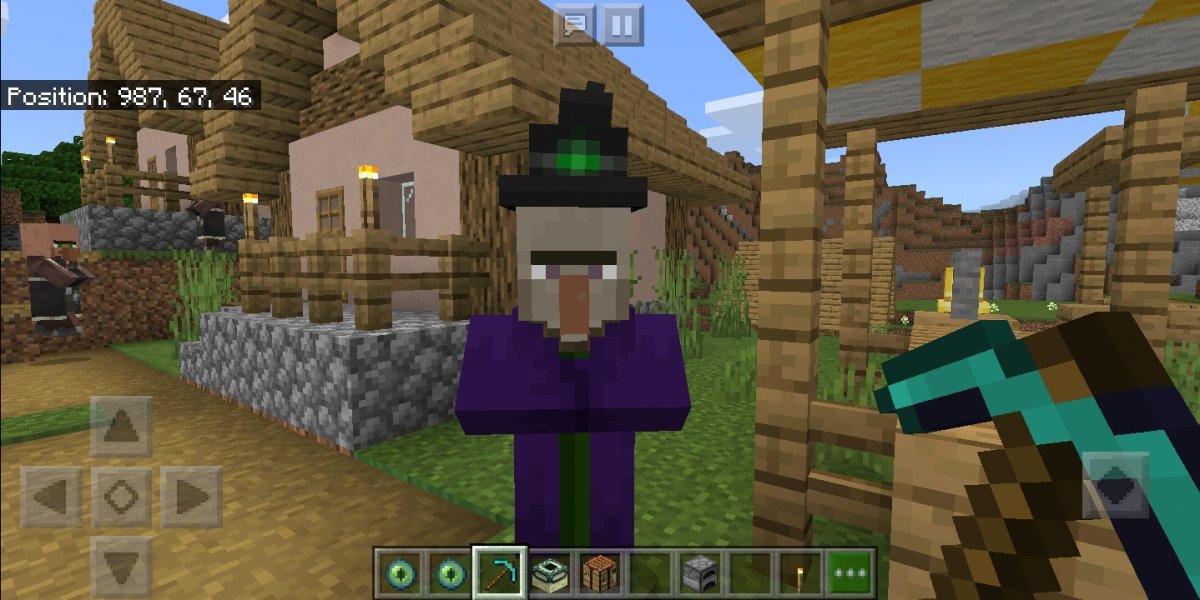