8.1.418 Mixcraft is a high-performance audio mixer with an enormous library of loops and effects. Its simplicity has made Mixcraft a great tool for any user
8/10 (99 Votes)
Download 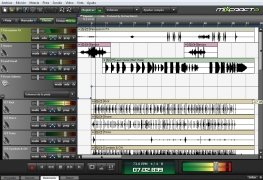 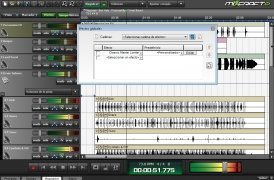 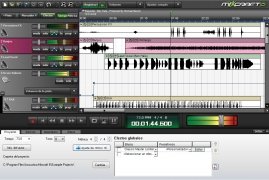 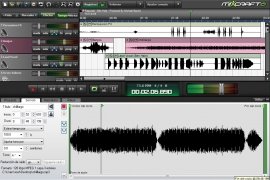 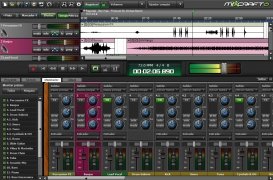 Simplicity and quality often go in opposite directions, but that isn't the case of Mixcraft, a powerful program developed by Acoustica for audio production, mixing and recording, the easy handling of which doesn't hinder the professional results obtained.

When simplicity and professionalism go hand in hand

Mixcraft allows the user to carry out multitrack sound mixes, edit loops, add effects and edit audio, among many other functions, in order to create recordings and refined compositions with a great sound quality. The program includes the simulation of certain music instruments, such as classic keyboards and samples of the main instruments of an orchestra.

A huge collection of loops and sound effects.

The application has about six thousand loops, sound effects and music backgrounds that can be used in any recording. A really wide range in which you can find any instrument synthesised and ready to be edited, if you want. All the latter, with a system that is really simple to handle, based on dragging and dropping, allowing any user that doesn't have too much experience in this field to achieve professional results with Mixcraft.

Some of its features

A step further than audio edition

Mixcraft also includes a tool to record and edit video, being able to create samples of both static images as well as videos with all sorts of effects, including the addition of titles. Obviously, audio also plays an important role, and you can muck around with it as you wish, adding or creating soundtracks based on original material or remixing it. You will have everything you need to burn your own DVDs or share your creations on YouTube.

Turn your computer into a powerful recording studio with Mixcraft.

Antony Peel
Acoustica, Inc.
Over a year ago
More than a year ago
238 MB

The best software for DJs