PRO 3.5.1 Traktor is the best software designed by Native Instruments in terms of DJ programs. It offers us plenty of professional tools when it comes to mixing music
8/10 (299 Votes)
Download 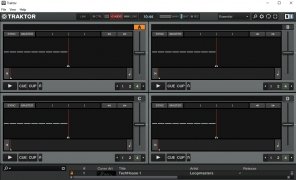 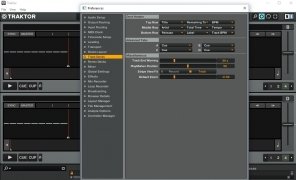 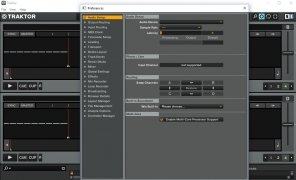 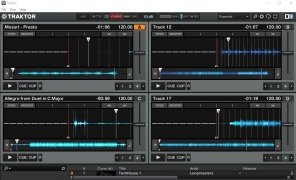 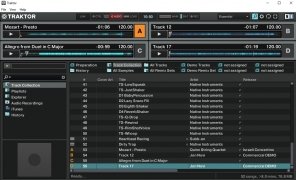 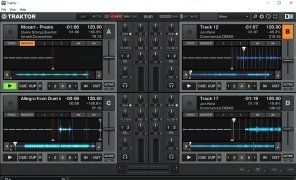 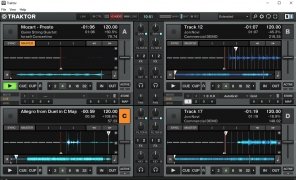 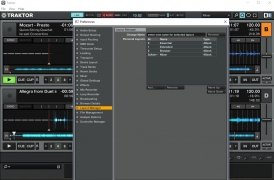 In the field of programs to mix music and deejay songs, there is a wide range of options available, although very few of these programs can be considered as the best. The names of Virtual DJ, DJ ProDecks and, obviously, Traktor, all spring to mind. The latter is one of the most successful programs in this sector, mainly because it's backed by Native Instruments, a leading company in the design of hardware and software for music production.

The first version of this program started a real revolution within DJ cabins all over the world, but it was the second version that confirmed this tool as a referential program and consolidated it as a star product for all deejays.

Possibly the best deejaying software on the market.

It supports up to four tracks at the same time. Its interface has been remodeled to give a more intuitive touch to its functions, and the file explorer has also been improved for a better organization of your music library and all the songs you've got on iTunes.

Native Instruments has developed a new visualization system that uses graphic information to differentiate the different elements of a song. The TrueWave system provides colored waveforms with which you can differentiate drums, vocals or aggressive synthesizer leads, to name a few examples.

Furthermore, you have several zoom levels to observe the contents of your songs with great precision, as well as the general song view, that allows us to view everything with a mere glance.

On the other hand, the different visualization modes have a new addition, “Essential View” a view that has been optimized to use Traktor together with an external mixer or controller.

It also includes a series of functions focused on letting the user's creativity run wild. For instance, its Sample Decks will allow you to launch up to four audio samples on each one of the decks, all perfectly synchronized with the tempo. This opens a full range of possibilities to remix and edit music. Import any song to the dedicated slots and even, capture the audio from the software to introduce it into your session thanks to the new Loop Recorder.

This tool is capable of instantly recording any audio source that you indicate. Register the loop and use it as another part of your set. It's even possible to use it as a fifth additional player.

We also have to mention over 30 professional high-quality effects, four FX Units, and a Macro FX with a single button that offers an unlimited sound palette, being very flexible when it comes to grouping and customizing effects.

In turn, it also allows us to edit Stems, the multi-channel audio format made up of four musical elements and that allows us to edit them independently. They can be loaded onto the program to create spontaneous mixes, acapella versions, instrumental versions, and whatever else you can think of, enriching or isolating any of the channels.

How to record in Traktor
Traktor lets you record your sessions to an audio file in a very easy way. However, it is important to understand the difference between internal and external audio recording before proceeding.

How to use Traktor
Traktor is a DJ software that lets you mix music. Like any creative software, there are no limits to its use other than those imposed by your own imagination. Let us show you the software's technical side so you can focus on the artistic side.

Traktor Mac PRO 3.5.1
Other languages
We use our own and third-party cookies for advertising, session, analytic, and social network purposes. Any action other than blocking them or the express request of the service associated to the cookie in question, involves providing your consent to their use. Check our Privacy Policy.