MySQL 4 is one of the best database management systems for web servers. Download MySQL 4 for free and try out all its quality functions on your computer 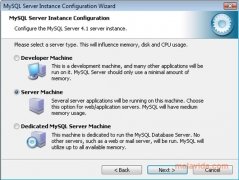 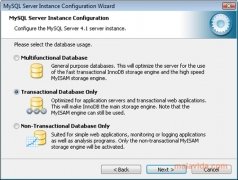 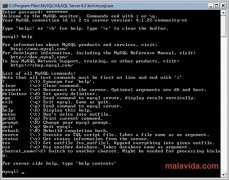 The simplicity shown by MySQL 4 managed to place it among the most used databases, something that, together with the license that allowed it to be distributed without any problems, managed to convince many developers to devote themselves to its development and made it one of the most important databases.

Despite the fact that its first versions didn't have some key functions like transactions or the reference integrity, the truth is that with regard to its performance and usability, MySQL 4 is an excellent database to use on web servers that support dynamic websites.

Among its most important features, we will be able to us the organization by means of foreign keys, replication or the possibility to index text fields. What's more, its optimization can be based on improving its speed or the amount of simultaneous operations available.

MySQL 4 is a really popular development, over which the vast majority of CMS that have appeared on the current market can be used, like Wordpress, Joomla or Drupal. So now you know, if you want to learn how to use and optimize the functioning of databases focused on the web, this software is the first thing that you have to download.

Create and manage dynamic webpages by adding PHP to your server

Free efficient system for the management of relational databases

The revolution in the database world