.6.40 Make the most of the PHP language to create better dynamic websites once you download PHP 5. Add new features to your websites by downloading 5 PHP for free
8/10 (15 Votes)
Download 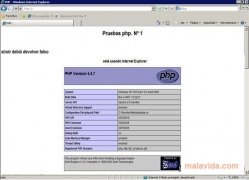 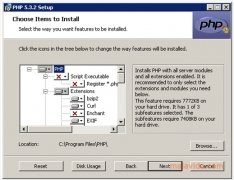 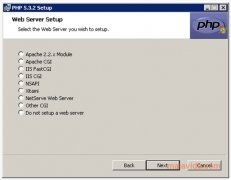 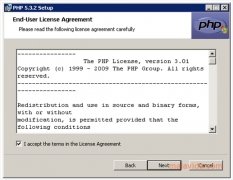 One of the greatest steps forwards in the creation and programing of websites was undoubtedly the liberation of the PHP language. PHP (Personal Home Page) appeared in 1994 to improve the features of the HTML websites when it came to communicating with servers and databases. PHP 5 (renamed PHP Hypertext Pre-processor after version 3) is the latest version of this excellent interpreted programing language that nowadays has set the foundations of the vast majority of websites that we visit daily.

Install PHP on your server

To show all the power of PHP 5, it's necessary to have a database (generally MySQL) and a web server with the necessary extensions. With this base, it is possible to make the most of the improvements in object-orientated programing that PHP 5 includes, offer a greater performance than earlier versions and more complete support for XML.

One of the most interesting innovations for developers is the complete implementation of the Zend Engine 2.0, that offers functions and improvements that are noteworthy.

The greatest advantage of PHP 5 compared to other languages focused on web programing is its similarity with C, C++, Java and Python, languages that are very well known by any developer and that launched this language when it was first developed.

Antony Peel
The PHP Group
Over a year ago
More than a year ago
42.1 MB

The database aimed at working with web applications

PHP Mac 7.3.5
Other languages
We use our own and third-party cookies for advertising, session, analytic, and social network purposes. Any action other than blocking them or the express request of the service associated to the cookie in question, involves providing your consent to their use. Check our Privacy Policy.