OpenOffice vs LibreOffice: comparison and differences

We put face to face two of the greatest exponents of the office automation world. LibreOffice and OpenOffice are facing each other in Malavida so you can choose the best free office suite for your PC 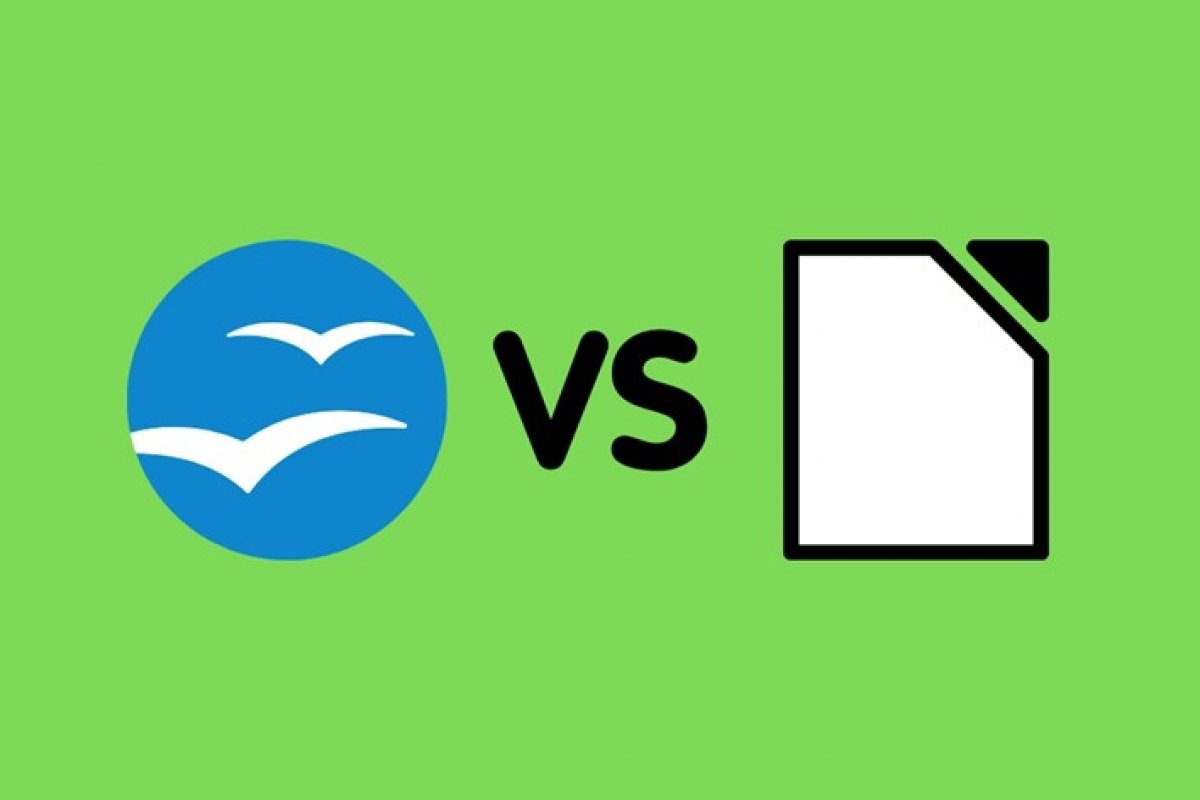 The office automation business is dominated by Microsoft. But that does not mean that there are no good alternatives to the American company's suite. OpenOffice, and later, LibreOffice, are a true open-source option to the popular suite that is Office.

We must travel to the year 2000 to see the birth of OpenOffice. Originally, it was a project of StarDivision, a German company that Sun Microsystems bought in 1999. At that time, it was known as StarOffice. The qualities of this project were outstanding. It was an open-source software with clear intentions to compete with the all-powerful Microsoft Office. The project became a success thanks to the community and its contributions. Eleven years after its launch, Oracle bought Sun Microsystems, appropriating OpenOffice and abandoning it significantly. Nowadays, no new versions are expected and its support is considered to have been discontinued.

And what does LibreOffice have to do with all this? Well, due to the uneasiness of the community with Oracle, it was decided to start an independent development to OpenOffice based on its source code. LibreOffice is a living project, frequently updating its software and adding substantial new features. In fact, the community states that LibreOffice is the future of OpenOffice and that is why most Linux distributions include it by default.

Considering that their origins are similar, it is logical to find similarities in both applications. For example, both have a welcome screen that lets you quickly create new files. 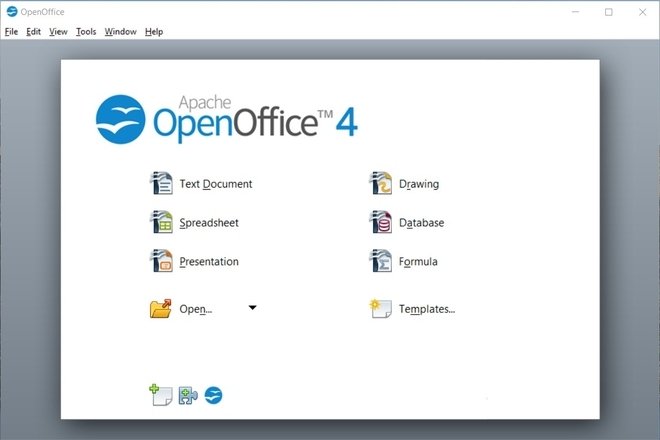 The functionalities are similar and the applications included too. In both cases, you will have a word processor, a spreadsheet designer, and a presentation creator. Also, the two suites include their own database manager, a drawing application, and finally, a specific tool for the creation of mathematical formulas. 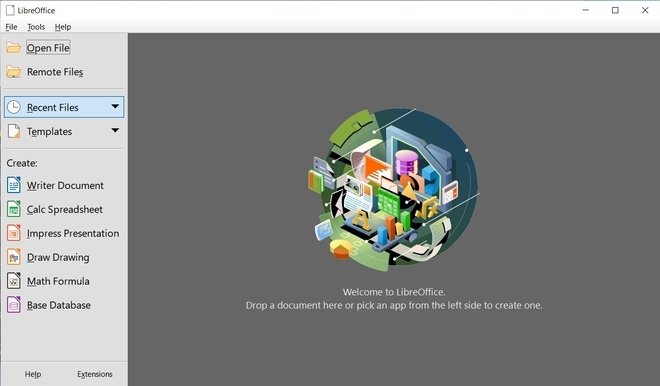 Taking as a reference the Word processor, in both cases called Writer, you can appreciate that the design lines of the interface are very similar. By default, both distribute their functions in modular and fully customizable toolbars. In the following image, you can see the layout of Writer working in OpenOffice. 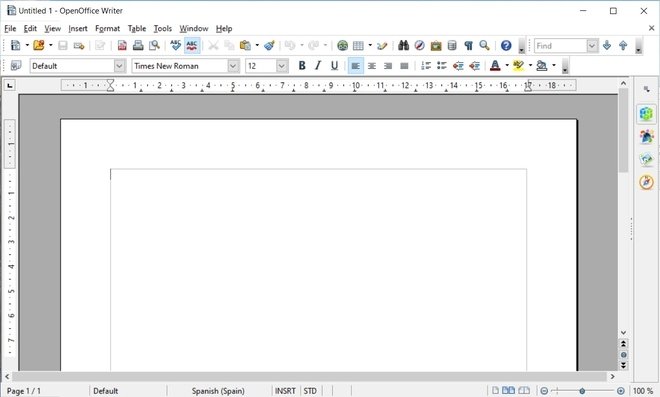 Now, see how the version of Writer in LibreOffice has a very similar organization. 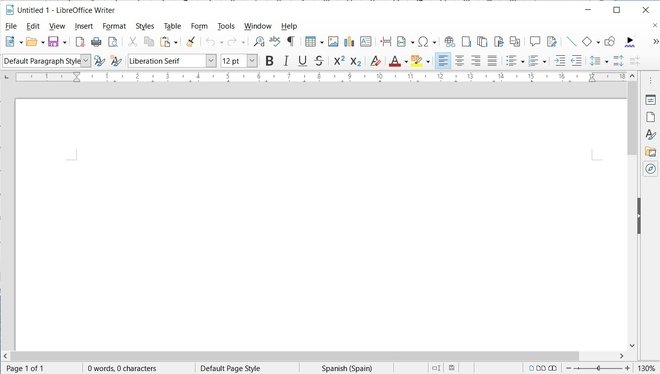 In the same way, these similarities in the interface are evident also in the rest of the OpenOffice and LibreOffice applications. In fact, both packages could easily be confused. But, we are looking at projects in a very different state. LibreOffice includes many features that OpenOffice has not been able to offer. And that is where the differences begin.

Beyond the quantity and typology of the included applications, a similar interface, and the welcome screen, we only find differences between LibreOffice and OpenOffice. And this is mainly because the development of the first one is constant and that of the second one stopped long ago.

If we look closely, we can see that the icons of LibreOffice are adapted to high-resolution screens and those of OpenOffice are not. But, does this detail matter? Well, let's just say it improves the experience.

Another feature that OpenOffice never acquired is the ability to export text files to DOCX. The screenshot below corresponds to the OpenOffice save dialog, which does not include this format.

LibreOffice, on the other hand, offers more customization options. For example, it has an alternative design that brings it closer to other options on the market, such as Microsoft Office and OnlyOffice. This design is based on tabs, grouping the different options by categories. 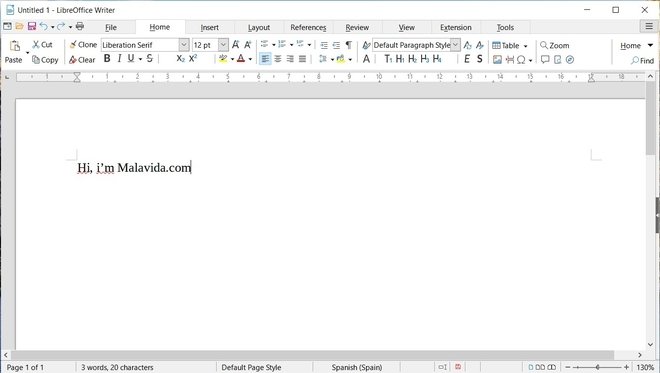 Also, LibreOffice includes practical features such as the ability to add a watermark, sign documents, export a text document as an ebook in EPUB format, support for emojis, and a safe mode that disables all extensions to fix bugs. 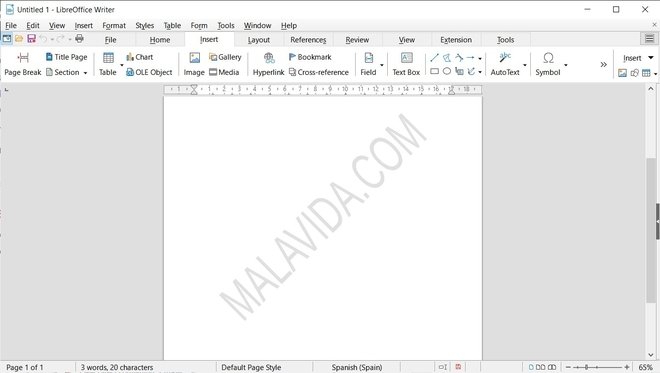 Also, it distances itself from OpenOffice by presenting a lower number of errors. Obviously, this fact should not take you by surprise since LibreOffice has a large community that helps to improve it. As an example, you can look at what happens when we try to paste from the clipboard in OpenOffice. 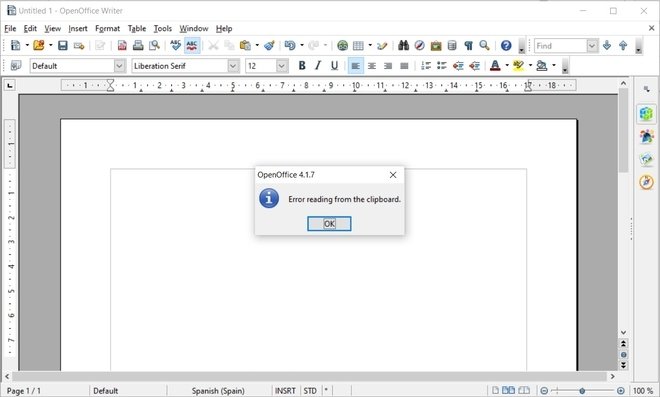 Error when copying from the clipboard

All these differences are not only found in Writer, an application that we have taken as a reference in this article. The rest of the included software also features improved performance and interesting details such as templates for designing presentations, advanced graphics creation, and much more complete documentation.

OpenOffice and LibreOffice: which one do I use?

LibreOffice is the right choice. Although for practical purposes, it may seem that both similarly meet the same needs, LibreOffice is more reliable. It is clear that, as a legitimate heir, at some point, it was comparable to OpenOffice. However, today, it is a modern office automation package, adapted to the needs of the users, with much-needed functions and with higher performance. OpenOffice, on the other hand, is just a dead development.

If you are looking for the best alternative to free Microsoft Office, LibreOffice is the best option. If, on the contrary, you are already an OpenOffice user, all you have to do is jump from one to the other.