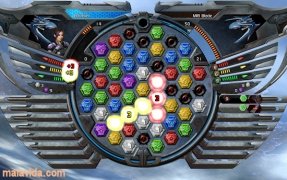 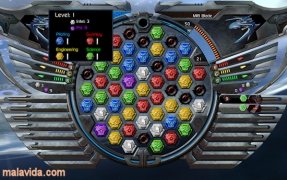 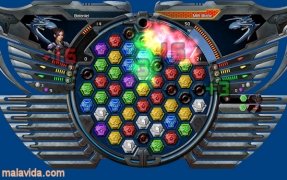 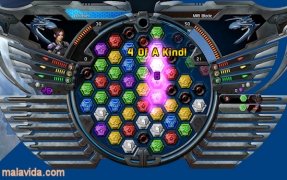 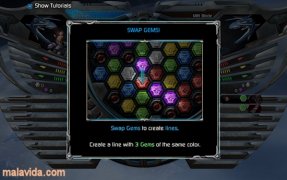 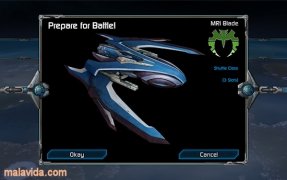 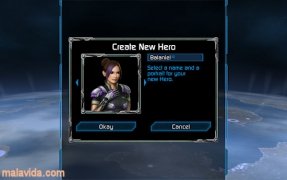 The first puzzle games, like for example Bejeweled, are based on the action of joining pieces of the same color, generally, balls or gems, to manage to destroy them. But little by little they have started to transform and they have become games that are a lot more addictive. In the case of Puzzle Quest, that adds elements of role-playing games to the puzzle games.

After the success of Puzzle Quest: Challenge of the Warlords, Infinite Interactive presents the follow-on of the saga, that without a doubt will be worthy of its predecessor. We are talking about Puzzle Quest: Galactrix, which changes the setting, which was the Middle Ages in the first installment for the Future in this game.

After continuous wars, that have ended up with the destruction of the planet, the survivors have been forced to live in space and explore new places to find a planet to live. Thus, you will travel with your crew members, completing many missions and winning many battles.

In what regards to the game dynamics, the main innovation is the transformation of the typical gems into hexagonal figures, multiplying the possibilities of joining them, and also their difficulty. What's more, you will have to pay special attention in this game, because the pieces will enter the screen depending on the player's mouse movements.