Rosetta Stone is an app for Mac to learn over 24 different languages, including some of the most spoken in the world such as English, Spanish, and Chinese 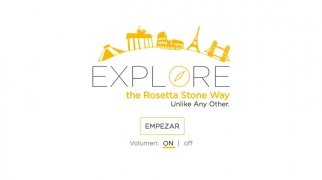 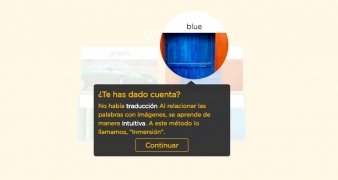 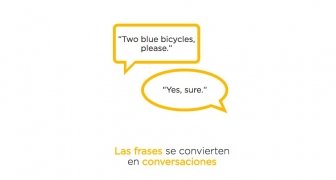 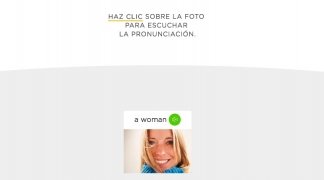 There are loads of different programs and apps to learn languages. Rosetta Stone is one of the most complete alternatives around which also makes it one of the most expensive to use. Therefore, the user will have to decide what price he's willing to play to forget about old-school teachers to use a software-based method. That's why you're going to read all sorts of opinions on the Internet because we're not all keen on paying the same amount of money to learn a foreign language.

You can obviously try the software out before purchasing it. For such purpose, choose one of the languages offered in the trial and start using the program. If you decide to pay for the full version, you can choose between loads of different languages:

At this stage, you can choose between an online course or download the software. This second option currently costs 200 euros. The online versions range between 50 euros for three months and 170 euros for a whole year. This might lead you to prefer downloading other alternatives of the likes of Duolingo that can be equally or even more efficient, and much cheaper.

Can I talk to real teachers?

Such a high price is probably justified by the possibility to take part in lessons with only a few class members or being able to talk to a teacher via Skype to settle your doubts. The program tries to recreate the so-called immersive learning method, in other words, learning a language by visiting the country where it's spoken so you can use your mother tongue. Thus, with your teachers and during the exams, you can only use the language that you're studying. All the latter, based on photos and audios in the language in question.

Rosetta Stone Android 8.7.0
Other languages
We use our own and third-party cookies for advertising, session, analytic, and social network purposes. Any action other than blocking them or the express request of the service associated to the cookie in question, involves providing your consent to their use. Check our Privacy Policy.