MOD 2.1 If you're into GTA San Andreas, you can now download and install GTA San Andreas Hot Coffee for free to unlock hidden features in the original game
8/10 (1046 Votes)
Download 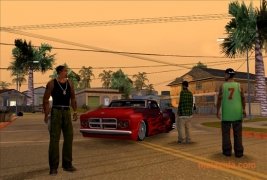 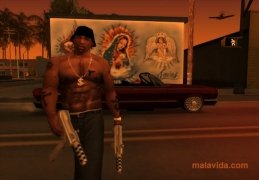 The Grand Theft Auto saga is probably one of the best known video games worldwide, mainly due to its game system that has been "adapted" by many other computer game development companies.

GTA: San Andreas, focused on the life of Carl Johnson, has been one of the most controversial titles to the date, because we had to take on the role of a gang member from Los Angeles that had lost all his reputation and had to recover it.

GTA San Andreas Hot Coffee is a patch that will allow us to unblock certain hidden options in the game, that will allow us to have "special" relations with our girlfriends. Once you have installed the patch, you'll be able to access your girlfriends' houses from the beginning of the game, without affecting the general game, that you'll be able to complete normally and without any problem.

Antony Peel
0/10
Rockstar Games
Over a year ago
More than a year ago
1.2 MB