Scorched 3D is a great classic game with a game mechanic similar to the renowned Worms. Eliminate the rest of player by using your weaponry properly 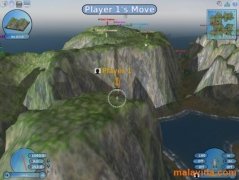 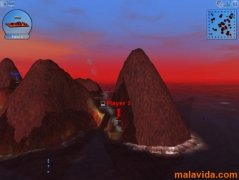 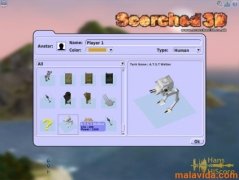 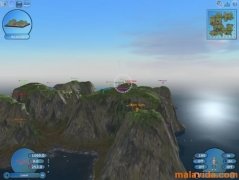 If you used to play Scorched Earth on DOS, we are sure that you will really enjoy playing it again in 3D. Scorched 3D is an incredibly addictive game that as has time has gone by it has improved its graphics and thanks to this, its playability has increased exponentially.

The game's mechanics are very similar to the renowned Worms, each player has a team of tanks with which you have to wipe out the rest of players in a turn-based game. Due to this, it is essential to know who to attack and when, because when it isn't our turn, we will be a perfect target for our enemies.

Scorched 3D allows us to play on a local area network or over the Internet, due to this, its possibilities are nearly endless, which added to its more than acceptable graphics, make it one of the best remakes that have been made of a classic.

What's more, as something new, in this newly remastered version is possible to improve our tanks as we win battles, after which we will receive money with which we can invest in new firing power or armor for our tank.

Scorched 3D Mac 43.3d
Other languages
We use our own and third-party cookies for advertising, session, analytic, and social network purposes. Any action other than blocking them or the express request of the service associated to the cookie in question, involves providing your consent to their use. Check our Privacy Policy.