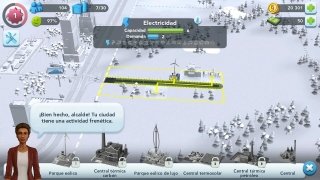 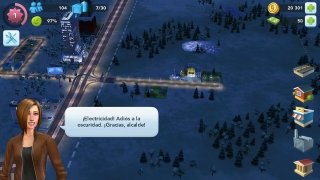 One of the most important titles in terms of strategy and management games is definitely SimCity. It first appeared back in 1989 and not only has it led to the development of a saga but it has also made way for several titles throughout its almost 30 years of history. The franchise has quite a few titles that can be played on different platforms and now it's back with SimCity BuildIt for smartphones and tablets. It doesn't offer us anything new but it allows to get stuck back into such a great game.

The fact that the app doesn't bring along any groundbreaking innovations doesn't mean it's boring for this saga's fans; totally the opposite. Once again, we'll take control of a city, the growth of which involves new responsibilities and needs to be satisfied.

You'll have to face up to all sorts of challenges inherent to the growth of any city. In other words, the management of wastewater, the construction of an airport, as well as the installation of communications, drinking water and electricity services. For such purpose, you'll have to construct buildings to unlock new possibilities, patiently managing all your resources or directly purchasing whatever you need (making use of in-app purchases).

SimCity BuildIt: a cross-over between a management and a military strategy game

Install the APK and enjoy its most important features that include the possibility to destroy cities built by other players:

SimCity PC
Other languages
We use our own and third-party cookies for advertising, session, analytic, and social network purposes. Any action other than blocking them or the express request of the service associated to the cookie in question, involves providing your consent to their use. Check our Privacy Policy.