Snake.io is yet another game for Android phones inspired on the legendary Snake in which we have to survive for as long as we can feeding our worm 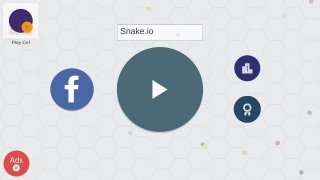 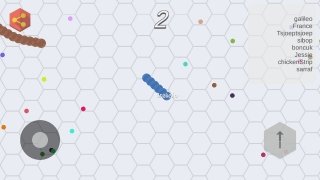 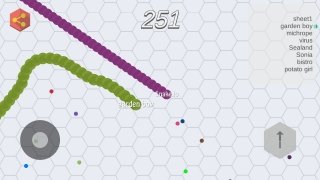 Games inspired by Nokia's snake are the real trend. Following suit to Slither.io, the successful game that combines this concept with the plot of Agar.io, we now have Snake.io, an interesting title for Android smartphones and tablets in which we have to fight to survive and become the largest worm on the screen.

How to play Snake.io?

The game's concept is quite simple. We'll start off being tiny worm and we'll have to move around the screen, full of other players with the same idea as you, feeding this bug to become bigger and stronger. Furthermore, you can place yourself in front of other worms in order to defeat them and absorb their strength.

Become the king of the worms.

Now that you know, download the APK to your phone, direct your worm around the screen with your touch controls eating all the colored dots to increase its length and survive for as long as possible to reach the top of the world ranking.

A new Kick the Buddy game

Move the helix and help the ball to make way

Have fun with a great collection of social games

Entertaining game about cutting fruit with a katana