Supreme Commander is a real-time strategy game in which you will take control of three factions that are fighting in the future. Download Supreme Commander
8/10 (21 Votes)
Download 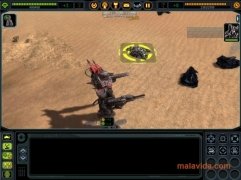 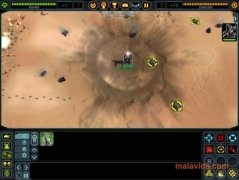 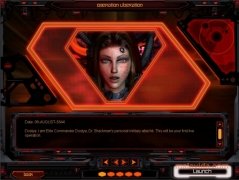 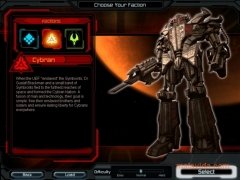 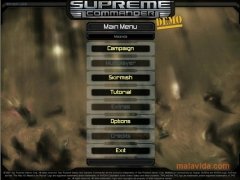 Supreme Commander is a game that maintains the base of great strategy games like StraCraft, offering us a real-time strategy game and many different options to face each one of the missions that we have to face.

The game takes us to the not very far future in which there is a war between three different factions: United Earth Federation (formed mainly by humans), the Cybran Nation (formed by symbionts) and the Aeon Illuminate (an extremist sectarian group).

In the game we'll have the opportunity to overcome a campaign mode with each of the three factions, as well as being able to face other users on the Internet. The game system is almost identical to that of other real-time military strategy games: it is necessary to establish a base, train soldiers, improve the technology and eliminate the enemy army.

The graphics are one of the game's strong points, because both the scenarios as well as each unit have a great level of detail.

Discover a game that will probably end up being a classic military strategy game, thanks to Supreme Commander.
Requirements and additional information:
This download requires a ZIP compatible compressor. The demo allows you to play the first mission of the Cybran Nation campaign mode.

Antony Peel
Gas Powered Games
Over a year ago
More than a year ago
1.1 GB