4.0.2.0 Visual Chat will allow you to speak with your friends and family in a 3D environment. Enjoy all your chat conversations much more with Visual Chat
5/10 (1 Votes)
Download 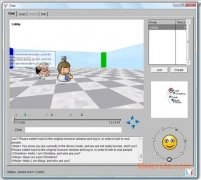 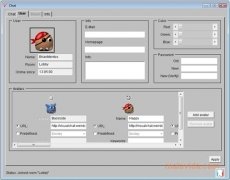 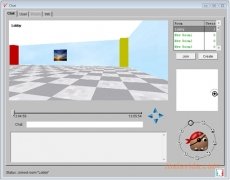 Throughout the years, the number of chats has fluctuated a lot, from the times in which IRC Channels had thousands and thousands of users, we moved over to other formats in which the relations between users were more direct, with the majority of people using the instant messenger programs. Despite this, another branch also appeared, the 3D chats, like Visual Chat.

Once installed, from a very clear interface (although somewhat old fashioned) you will be able to see the chat room, a list with the rooms that are active and a list of the people that are in the current room, as well as the typical chatting zone. You will also be able to see another tab in which it will be possible to change the avatar that the rest of users will see an another in which you will have the possibility to open another chat room.

Therefore, if you want to create your own chat server with which you can maintain conversations in 3D, download and install Visual Chat.