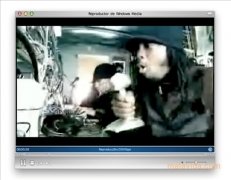 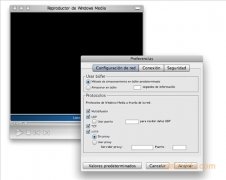 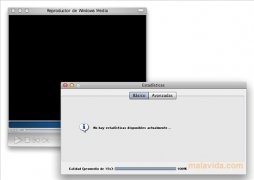 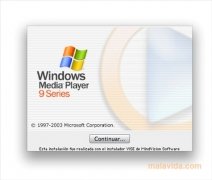 Even though all the computers with the OS X operating system already incorporate QuickTime as the multimedia player, they aren't compatible with WMA (Windows Media Audio) or WMV (Windows Media Video), so it will be necessary to have a codec pack or, otherwise, install a program like Windows Media Player 9.

The Mac version of WMP

This program offers us the possibility to play all the multimedia formats that are native to Windows on our Mac without problems, by means of a player that has an interface that is lightweight and attractive.

If you want to have an application developed to be able to play the popular Microsoft file formats without problems, download Windows Media Player 9 and discover one of the best contributions by the Redmond giant to the computers designed by Apple.

Windows Media Player 9 PC
Other languages
We use our own and third-party cookies for advertising, session, analytic, and social network purposes. Any action other than blocking them or the express request of the service associated to the cookie in question, involves providing your consent to their use. Check our Privacy Policy.