WorldShift is a real-time strategy game with an incredible multi-player mode. Download WorldShift and take part in the battle for control of the planet 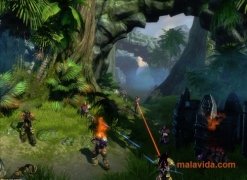 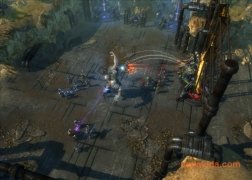 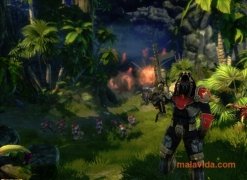 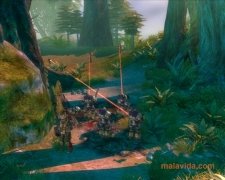 From the creators of the fabulous game, Tzar, we now have WorldShift, a really innovating Real-Time Strategy (RTS) game that offers great possibilities. There are three races at war: Humans, Aliens and Mutants, and none of them want to leave Planet Earth in the hands of the others, so the only thing that is left is total annihilation.

RTS in which you have to try to govern the world

As logical, you have to lead one of the races to victory, in a game in which players will enjoy a lot more playing in multiplayer mode. In the combats you will face various chiefs prepared to dominate the World, and their units: Lord Commander, Troopers, Judges, Assault Bots... will only try to make your task difficult, but each time that you eliminate one of them, you will obtain improvements and new abilities for your army, configuring it little by little so that it adapts to your way of playing so that you gain efficiency in the battles.

The individual campaign of WorldShift has 18 missions with spectacular scenarios that you will have to conquer, and that you can use as a training ground for the moment in which you decide to start playing in the multiplayer arena where you will be able to test your skill against other players in 1vs1, 2vs2 or 3vs3.