Worms 3D is a version of the classic Worms for Mac but in 3D. Take part in the ultimate battle, defeat your rival team and make the most of all your weapons 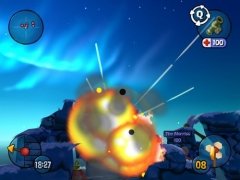 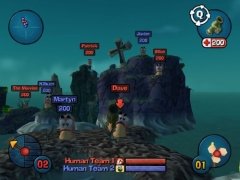 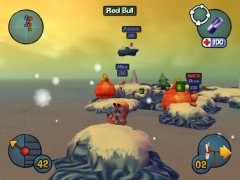 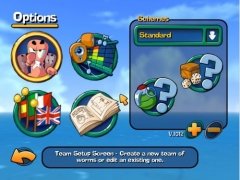 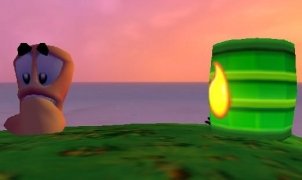 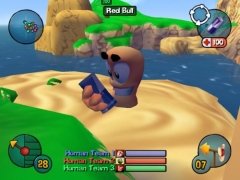 Worms 3D is a turn-based military strategy game developed by Team 17 and that stars the famous worms of this well-known video game saga. It was the first title presented in 3D, although that's the only true innovation of this new installment. It comes along with all the weapons you can imagine, both new ones and others from previous Worms titles. Your goal is to wipe out your rival team using all the heavy artillery available.

The game can be downloaded for Mac OS X 10.2 or above. The minimum requirements to play Worms 3D are to have an Intel or PPC processor at 600 MHz, 256 MB of RAM and a graphics card with 32 MB of RAM.

What are the settings like? They are sill generated randomly and preserve all their wonderful imagination. Most of them are very eye-catching and the floating islands are much more imperial in three dimensions, especially due to their colors.

How many missions are there available?

The game also includes a multiplayer mode, as well as the possibility to edit and create teams. The campaign includes 35 missions in which the player has to use all his worms to complete a certain task, such as destroying enemy worms, collecting a box or other unique missions.

Players can decide to hide in caves or to send explosive sheep to wipe out enemies. With several millions of copies sold ever since it was first published back in 1995, the formula of success has been repeated time after time: playability, action, turn-based strategy, and plenty of humor.

Worms Reloaded PC
Other languages
We use our own and third-party cookies for advertising, session, analytic, and social network purposes. Any action other than blocking them or the express request of the service associated to the cookie in question, involves providing your consent to their use. Check our Privacy Policy.