Download Yo Frankie! a free 3D platform game starring Frankie the squirrel. Yo Frankie! was made to showcase the potential of the software known as Blender 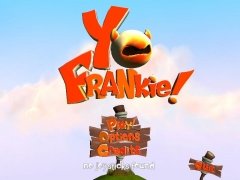 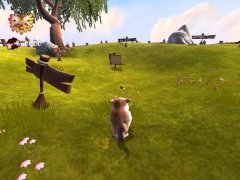 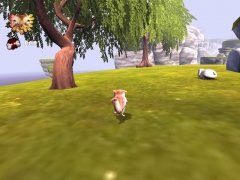 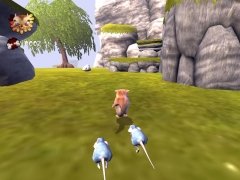 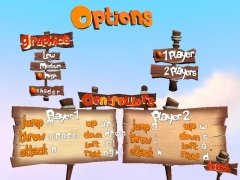 Get into trouble with this squirrel

Yo Frankie! is a 3D platform game designed as a technical demonstration by the Blender Institute. The aim was to create a title using Blender's software for scene modeling and character animation, Crystal Space as 3D engine and Python. A great demonstration of the potential this program has for creating high quality games that meet the industry standard.

Frankie is a fairly bad tempered squirrel whose sole purpose is to annoy everyone by throwing acorns at them. He is one of the cartoon characters that appeared in the animated short film "Big Buck Bunny". Get up to all kinds of mischief and avoid him from being caught by his rivals!

Of course, it's not only your character that is likely to misbehave. You'll meet rivals during each level that are upset with the squirrel, so you must also dodge their punches and counter attacks. This is the only way to survive in the Yo Frankie! world

Download Yo Frankie! and have fun while discovering the potential of Blender for the design of 3D animations.