With ZSNES you will be able to enjoy classic games from the Super Nintendo console once again on your Mac. Download ZSNES now and have a great time 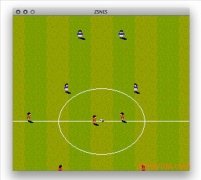 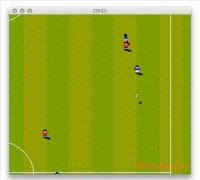 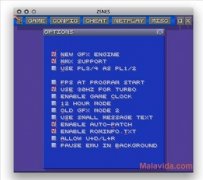 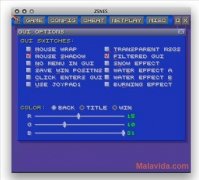 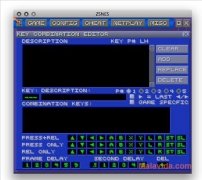 If we had to point out a 16-bit video game console above all others, that would have to be without any doubt the Super Nintendo Entertainment System (SNES). This Nintendo console was the most sold of its generation, even managing to fight against the subsequent 32-bit consoles at the beginning.

Emulate SNES games on your Mac

The graphical user interface used by the emulator is rather simple, that may remind us of the old programs from the 90's, but it accomplishes what it has been designed for without any problems. The configuration system is divided into menus, from which we will be able to enjoy both the control options as well as the video and sound.

The program is very stable, and among one of its most important options we will find the possibility to be able to play on fullscreen.

So, if you want to enjoy the great video game classics once again on your Mac, you can leave aside the opportunity to download ZSNES.

Antony Peel
ZSNES for Intel Mac
Over a year ago
More than a year ago
1.6 MB

ZSNES PC 1.51
Other languages
We use our own and third-party cookies for advertising, session, analytic, and social network purposes. Any action other than blocking them or the express request of the service associated to the cookie in question, involves providing your consent to their use. Check our Privacy Policy.