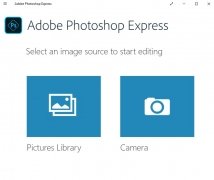 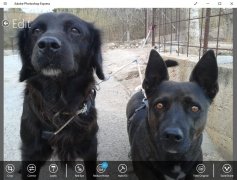 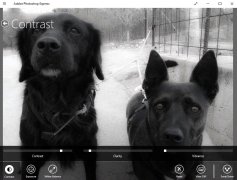 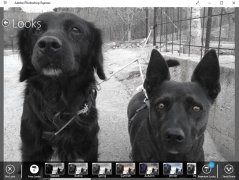 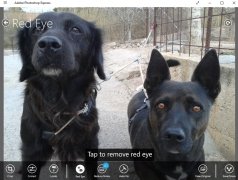 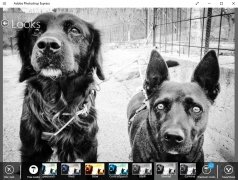 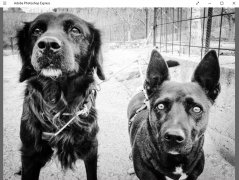 An almost portable, free and easy-to-use version of Photoshop? Here it is, and it's called Adobe Photoshop Express. It incorporates the basic editing functions offered in the program of reference in the whole world to edit and enhance photos.

The best lite application to edit photos in Windows

To photoshop an image you'll no longer need to study complicated tutorials or guides where you'll find explanations about each one of the functions of Adobe's app. This version launched by the company itself has been conceived for those users that wish to apply quick and basic enhancements to any of their images without having to download heavy and expensive versions such as Pro CC or CS6. Without a doubt, excellent programs but that aren't conceived for quick image adjustments.

Make the most of the lightest and easiest-to-use Photoshop, perfect for beginners.

That's the idea behind the Express version of this application, a lightweight program that, unlike the full version, comes along with a user interface adapted to the level of any user with ordinary know-how when it comes to handling computers or design programs.

From its simple and basic user interface with all its functions only a few mouse clicks away, it offers us the following functions:

We had already seen this program on other platforms, such as its APK format for Android smartphones and tablets, and also on Apple's iPhone and iPad. Now, it adapts to Windows PCs offering us all the functions of this referential program so that we don't have to look for any alternatives.