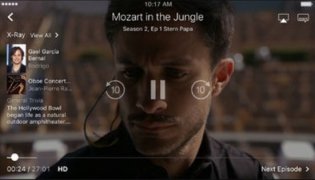 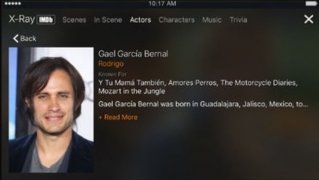 The last few years have been really exciting for movie and series fans. First thanks to the arrival of Netflix, and then HBO sometime later. And now it's time for Amazon Prime Video, the video streaming service by Amazon to watch movies and series online, available in a large number of countries all over the world.

Online movies and series from your iPhone and iPad.

And as couldn't be otherwise, it has come with an official application for iPhone and iPad, so that you can enjoy your favorite audiovisual contents straight from your iOS mobile device, wherever you are, as well as being able to watch those films and TV shows on your Apple TV through AirPlay (mirroring via Chromecast hasn't been implemented).

Amazon Prime vs Netflix and HBO

The first question that springs to mind when you hear about the launch of this service is whether it's worse or better than other similar services. Well, the truth is that, for the time being, its catalog is slightly disappointing. We didn't expect to be able to watch the star contents of other platforms, such as Game of Thrones, Westworld, Narcos or House of Cards, but we did expect something else other than The Grand Tour, Mozart in the Jungle or Man in the High Castle and a bunch of old movies. We hope it improves in this sense, there's margin to do so.

How much does it cost? Much less than what you thought.

Regarding its price, nothing to object. Like the other two services, it also offers a free month on trial that requires a prior registry and the insertion of our payment data, but after that period, Amazon Prime Video is much cheaper than Netflix or HBO, at less than 20 dollars per year. And no additional cost if you're already an Amazon Premium user.

Although we miss the possibility to do mirroring via Chromecast, we're happy with the option to download series and movies to watch them offline when there's no Internet connection available. Netflix took a year to implement this function that was so demanded and that's available in Amazon's application from the very first day.

Antony Peel
Amazon Mobile LLC
Over a year ago
More than a year ago
132.4 MB

Listen to music on your iPhone

Online movies and series on your iPhone or iPad

The song hunter app for iPhone to discover and identify music

App to listen to music online and for free

Amazon Prime Video Android 3.0.310.16747
Other languages
We use our own and third-party cookies for advertising, session, analytic, and social network purposes. Any action other than blocking them or the express request of the service associated to the cookie in question, involves providing your consent to their use. Check our Privacy Policy.