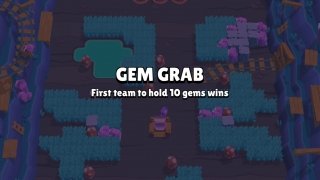 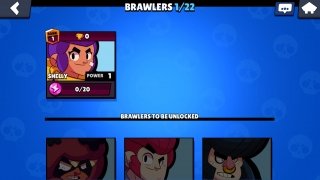 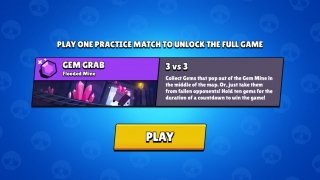 Brawl Stars is an entertaining online multiplayer fighting game with a visual aspect, animations, and sound effects that remind us of games for arcade machines that are probably now more than twenty years old.

Build your team and set out to fight

And the thing is that there was no need at all to improve its graphical aspect: its developers have simply had to adapt the title to modern times to make the most of the advantages of Internet connectivity. That's at least what the guys at Supercell have done, releasing a very fun fighting game which we can play with our friends or with users from anywhere around the world.

Its different game modes make it even more amusing.

The action takes place from a top-down point of view, with the participation of really peculiar looking characters with different looks that face up to each other with punches, kicks, and shots in the different game modes:

These are the main features that you'll find in this entertaining online game for Android:

Don't hesitate to download the APK of this entertaining game now that online massive combats are in fashion thanks to Fortnite.

Siege mode is, along with Heist, the mode that brings Brawl Stars closest to the objectives of a MOBA or tower defense game. There is a turret at each end of the arena that the players of each team will try to destroy while defending their own.

How to unlock and play with Carl in Brawl Stars

As seen with other brawlers, to get Carl, you have to open all the Brawl Boxes, Big Boxes, and Mega boxes you can. To be able to do this, you need to go through the Trophy Road (where sometimes, you can get them as a reward), complete the season trophies (you have more possibilities with the Brawl Pass activated), or buy gems with real money and exchange them for boxes.