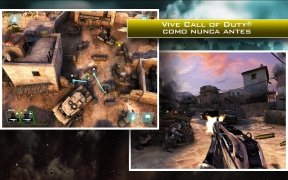 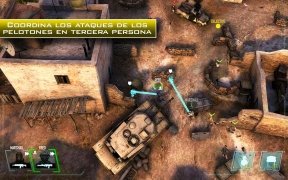 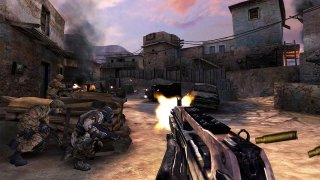 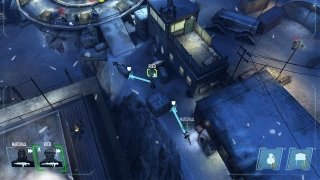 Call of Duty designed for tablets and smartphones

Call of Duty: Strike Team is a new instalment of one of the best first-person shooter franchises, with the peculiarity that it has been exclusively designed for tactile devices like tablets and smartphones. This game brings along quite a few updates that give Call of Duty a new touch, and with which we'll definitely have a great time.

Lead your squad in a war to death

The fact is that Call of Duty: Strike Team comes with the new feature that allows you to organize a squad of soldiers tactically, for which purpose we can make use of the third person view, as well as Call of Duty's usual first person view. The action takes places in a hypothetical 2020 in which the USA has been attacked and is now waging war against an unknown enemy. You'll have to lead a special operations group of the army that you can customize member by member.

Since Call of Duty was launched back in 2003, the different instalments of the saga have widely surpassed the 50 million mark of units sold. Thus, we are talking about yet another title of one of the most successful video game series in history, backed by millions of gamers from all over the world, therefore, you shouldn't miss out on this launch of COD for tablets and smartphones.