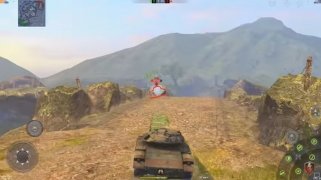 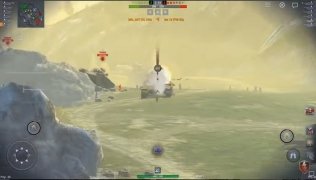 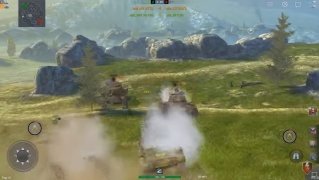 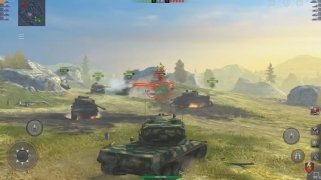 If you love watching the History Channel, you've probably enjoyed viewing a few documentaries about armored vehicles from World War II. Well, World of Tanks Blitz takes us back to that war and offers us a multiplayer tank simulator with shooter and strategy elements.

You can feel like any of these two generals that commanded the armies that fought in the historical Battle of Kursk, handling of the tanks that appear in this World of Tanks. It's a game with over 250 vehicles recreated with all sorts of details and that you can easily control thanks to its simple control system designed to offer optimal playability for mobile devices.

It's a game that exploits the massively multiplayer online (MMO) mode that allows players to face each other in 7v7 battles that can take place against friends or random players from all over the world. You'll have to manage your tank appropriately but you'll also have to pay attention to strategic elements that will be essential to be able to surprise your rival.

This is the version in APK format of the online game known as World of Tanks that allows you to play from your PC by means of a web browser or from video consoles of the likes of PS4. The only requirements to install the APK file on your mobile device is to be running Android 4.1 or above and have at least 3 GB of free storage space.

World of Tanks PC 1.5.1
Other languages
We use our own and third-party cookies for advertising, session, analytic, and social network purposes. Any action other than blocking them or the express request of the service associated to the cookie in question, involves providing your consent to their use. Check our Privacy Policy.